Dinamo Minsk edged a thrilling victory in a wild game in Kazan. A third-period salvo turned the game in Dinamo’s favor thanks to a couple of goals from Ryan Vesce.

Vesce tied the game at 3-3 in the 52nd minute and then put the Belarusians ahead four minutes later with a power play goal. Eleven seconds later Paul Szczechura extended that lead to 5-3, giving Dinamo a decisive advantage even though Yakov Rylov got a goal back in the last minute.

Earlier Justin Azevedo put Ak Bars ahead in the sixth minute before Szczechura’s first goal tied the game. That pattern repeated itself in the second session with Vladimir Tkachyov putting Ak Bars ahead once again before Ivan Usenko leveled the scores. Midway through the third period Damir Musin put the home team in front for the third time, but within 20 seconds Vesce tied the scores.

Three in a row for Salavat

Salavat Yulaev made it three wins on the spin with a shoot-out success at home to Barys. The Ufa team is improving after a slow start to the season and continued that progress here.

The first two periods were scoreless but Nikolai Prokhorkin finally put Salavat Yulaev ahead in the 48th minute. Mike Landin tied it up four minutes later, taking the game into overtime.

There was no further score until the shoot-out, but then fans were treated to a fine display of finishing. Only one attempt from six failed, with Niklas Svedberg saving from Nigel Dawes before Dmitry Makarov got the winner. 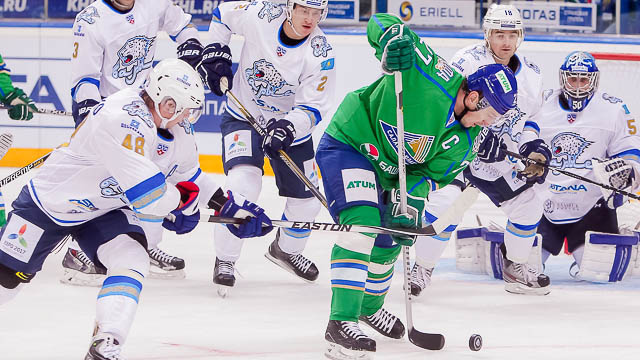 Sibir left it late to snatch a shoot-out win at Neftekhimik. Maxim Shalunov tied the game at 1-1 in the 58th minute before David Ullstrom got the winner. Earlier Evgeny Grigorenko had given Neftekhimik a first-minute lead.

Metallurg Novokuznetsk won 3-2 at Traktor thanks to a third-period goal from Kirill Kaprizov on the power play. Earlier Kuznya opened up a 2-0 lead through Ryan Stoa and Pavel Makarenko only for Stanislav Chistov and Andrei Popov to tie the game.

Torpedo came from behind to win 2-1 at Lada. Alexei Volgin put the home team in front on 33:05 but Carl Klingberg tied it up within a minute. Vladimir Galuzin got the winner late in the second period. 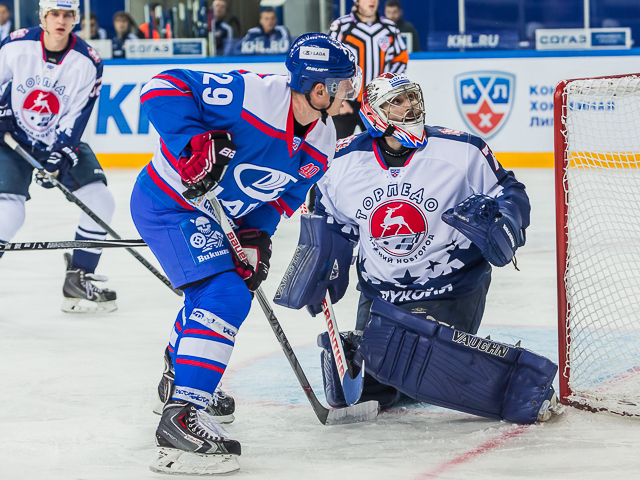