Dynamo triumphs in clash of the capitals. September 15 round-up

One of the great KHL rivalries got back on the ice for the current season with both Dynamo and SKA in need of a bit of a boost after some disappointing early results. But it was the Muscovites who came away with all three points after holding off a SKA fightback to complete perhaps the team’s most satisfying performance of KHL season eight.

The visitor took a first period lead thanks to Ansel Galimov, but it was the start of the middle session that really put SKA in trouble. Two power play goals in the first three minutes saw Maxim Karpov and Mat Robinson stretch Dynamo’s lead.

However, penalty trouble allowed the host a way back into contention. Maxim Chudinov marked his 200th game for SKA with a power play goal late in the second before a 5-on-3 advantage enabled Anton Belov to make it a one-goal game with 10 minutes left to play.

SKA pushed for an equalizer but Dynamo rallied; a well-placed time-out shifted the momentum of the game and SKA’s final throw of the dice went astray when Yury Babenko scored an empty-netter to settle the outcome. 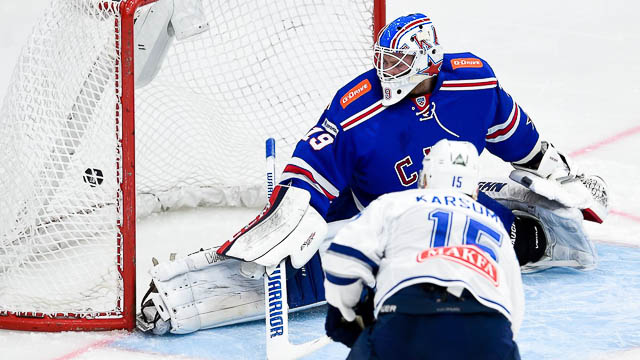 A goal in each period saw Lokomotiv defeat Metallurg 3-0 on home ice. Denis Mosalyov opened the scoring in the sixth minute, putting a backhander upstairs off Ilya Gorokhov’s pass.

Yegor Averin doubled the advantage with a solo effort after he won possession amid a string of defensive errors from Magnitogorsk. And an empty netter from Daniil Apalkov completed the scoring late on.

Aside from the offense, Loko also performed wonders at the other end of the ice, limiting Magnitka’s powerful forwards to just 17 shots on Alexei Murygin’s net. 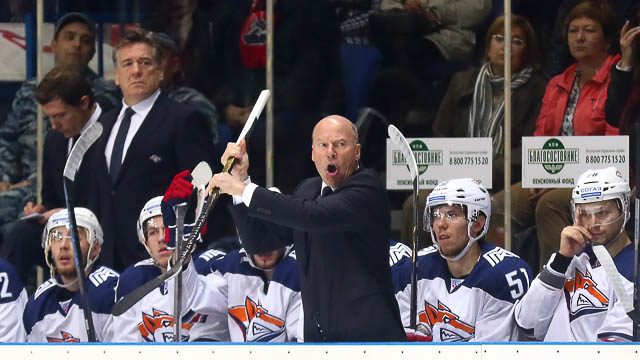 CSKA returned to the Western summit with a comfortable 4-0 win at home to Ugra. All the goals came in the second period, with Jan Mursak, Geoff Platt, Artyom Blazhiyevsky and Denis Denisov finding the target. Young Ilya Sorokin had 20 saves for his shut-out. 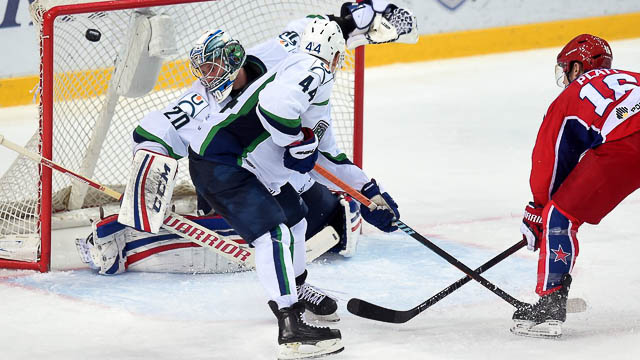 Struggling Severstal got a welcome boost with a 4-1 win at home to Avtomobilist. It was tight early on, with the teams trading goals early in the second period. However, once Pavel Buchnevich put Severstal 2-1 up in the 37th minute the result was secure. Severstal climbs off the foot of the Western Conference; Avto’s bright start to the season seems to be stalling.