It was meant to be a celebration for Dynamo forward Konstantin Gorovikov as he played his 1,000th career game in top-flight Russian hockey – but nobody told the underdog.

Vityaz, led by two goals from 36-years-young birthday boy Maxim Afinogenov, rallied strongly from 0-2 down to rain on the parade.

At first it all went according to the script: the first period wasn’t action-packed but Mat Robinson continued his good start to the season by putting Dynamo ahead. Alexei Tsvetkov doubled the advantage early in the second and it seemed that Gorovikov’s party was all set to swing.

But Afinogenov had other ideas. The former Dynamo man tied it up with two goals in six minutes and things got worse for the Blue-and-Whites as they gave up a short-handed goal to Georgy Berdyukov in the 34th minute.

The final stanza did not generate the kind of surge the home team was hoping for: in total Dynamo managed just eight shots on the Vityaz net and Harri Sateri dealt with all of them. 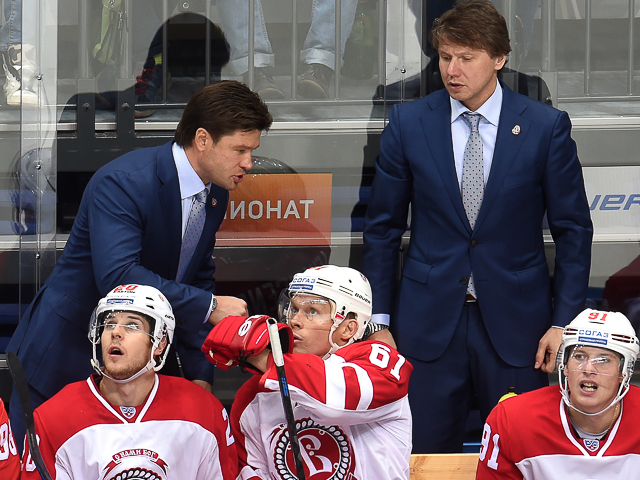 Avtomobilist kept up its strong start to the season while Ak Bars continues to struggle for form in an Eastern Conference that looks to be almost upside down in the early stages of the campaign.

The men from Yekaterinburg kept on motoring with a 5-3 win that saw them keep pace with Avangard at the top of this section thanks to clinical finishing.

Ak Bars, which has just six points from five games thus far, took the lead early on through Stepan Zakharchuk but could not maintain that advantage. Although the shot count was even, Avto opened up a 5-1 lead by the end of the second period. Ondrej Roman and Alexei Dostoinov turned the game around in the first, Petr Koukal extended the advantage and two goals from Oleg Saprykin completed the scoring to put the home team in command.

Ak Bars managed a late rally, but goals in the closing stages from Alexander Svitov and Mikhail Varnakov were not enough to salvage anything from this game.

And it’s not just the Eastern Conference where a pre-season favorite is struggling with a slow start. Defending champion SKA hasn’t come powering out of the blocks either and this loss leaves the Petersburg team with seven points from five games.

Sibir, looking promising once again despite a heavily reworked roster, took the early initiative: a power play in the first minute and a goal for David Ullstrom in the third set the Siberians on their way. Anton Burdasov tied it up quickly but Maxim Shalunov grabbed a psychologically important marker just before the hooter to give the host a first-period lead.

The middle session was all about Alexander Salak as the former SKA goalie frustrated his ex-colleagues. The Petersburg team had the bulk of the play in the second period, but Salak turned away 14 shots while Stepan Sannikov made it 3-1 on a rare foray forward for Sibir.

The final session was even more one-sided: SKA topped the shot count by 22-6, but Salak was in no mood to yield. By the time Dmitry Kalinin scored on him in the closing minutes the game was already safe: Damir Zhafyarov and a power play effort from Oleg Gubin left former Sibir goalie Mikko Koskinen lamenting an unhappy return in SKA’s colors. 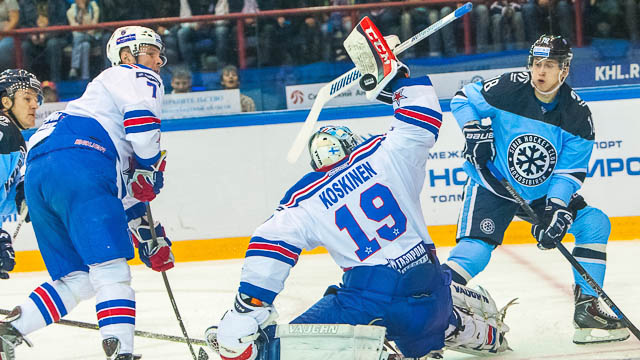 CSKA Moscow proved too strong for Neftekhimik, easing to a 4-1 win on home ice. The damage was done late in the first period when Nikita Zaitsev opened the scoring on the power play before Geoff Platt doubled the lead in the last minute of the session. Neftekhimik remained in contention and Igor Polygalov got one back early in the third only for Simon Hjalmarsson and Sergei Andronov to wrap up the scoring. 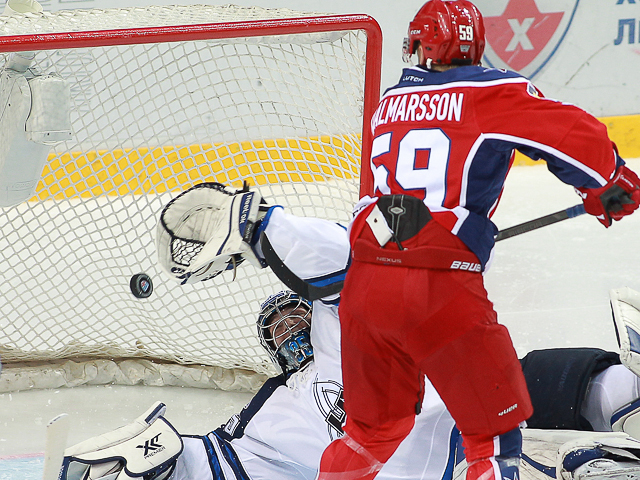 Friday’s action began in Siberia where Metallurg Novokuznetsk picked up a much-needed win against Spartak. The home team took a 2-1 verdict thanks to Ilya Musin’s goal in the 59th minute. Earlier Ryan Stoa and Maxim Potapov traded first-period markers.

Igor Bortnikov’s overtime goal gave Ugra a 3-2 home win over Lada. The visitor took a first-period lead through Anton Shenfeld but the game was tied at 2-2 by the midway point.

Traktor had a 3-0 win at Severstal thanks to goals from Dmitry Pestunov, Maxim Yakutsenya and Vyacheslav Osnovin. Vasily Demchenko made 29 saves for his shut-out.