4 September 2015, 19:31 News
Tonight Moscow’s new VTB Ice Palace stages a regular season game between Dynamo Moscow and Vityaz, and the fans see a little bit of history being made. For Konstantin Gorovikov, the Blue-and-Whites’ 38-year-old forward, this is his one-thousandth game in national championships. 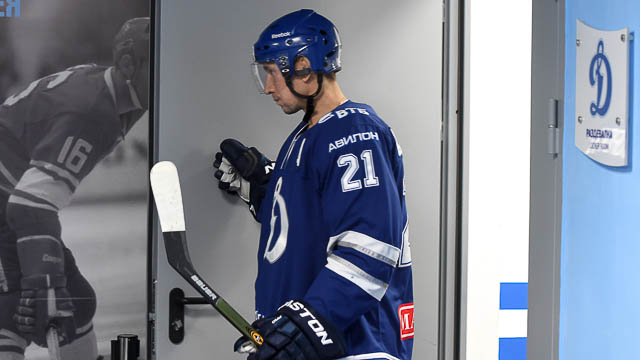 In a career spanning over two decades, Gorovikov has seen those championships undergo many changes, including the names. In his first season, the 1994-95 campaign, he wore the colors of SKA Saint Petersburg and competed in the IHL - the International Hockey League, so called because it was a first, pioneering attempt at bringing together teams from different nations of the former Soviet Union. Thus, the Russian teams were joined by Sokol of Kiev in Ukraine, Torpedo of Ust-Kamenogorsk, Bulat of Karaganda (both in Kazakhstan), and the two Dinamos from Belarus and Latvia, who still feature in today’s KHL, although back in the mid-90s this pair also bore different names: respectively, Tivali Minsk and Pardaugava Riga.

Twenty-one years on and Konstantin Gorovikov still plies his trade at the highest level in Russia, only now the national championship is the Kontinental Hockey League - the realization of that late-20th-century dream of a truly international league. 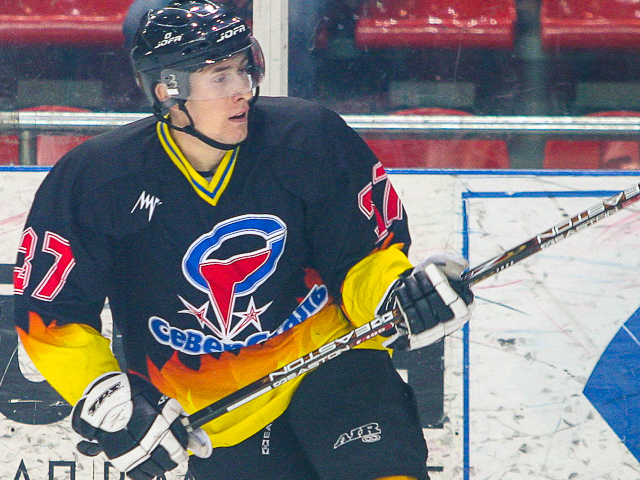 In Konstantin’s third season with the Petersburg Army Men, the IHL became the RSL – the Russian SuperLeague – but in 1999, after completing his fifth campaign with SKA, he moved to North America and the Grand Rapids Griffins. The Michigan outfit was at that time a farm club for the Ottawa Senators and played in the ‘other’ International Hockey League. Two years later, however, financial problems forced the IHL to fold in its 56th season. The Griffins switched to the AHL and Gorovikov headed for home. 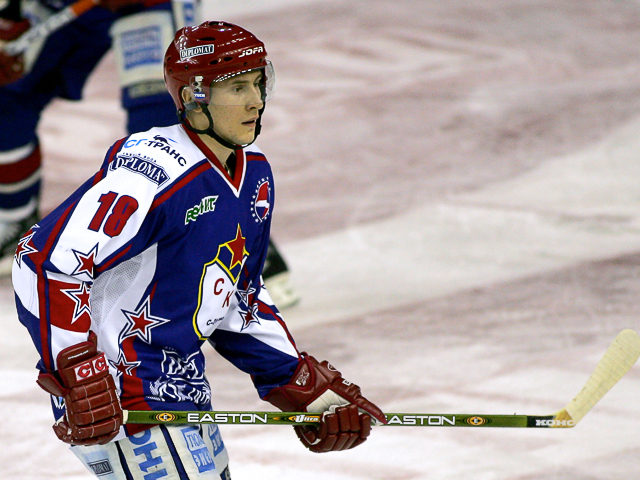 His career since he returned to Russia has seen spells at Salavat Yulaev (2001-03), Severstal (2003-04), another term at SKA (2004-05), followed by Avangard (2005-07) and SKA again (2007-10). Since 2010, Konstantin has preferred the jersey of Dynamo Moscow, and this lends some added resonance to tonight’s occasion: hockey historians among the readers may have noticed that of the five players who previously reached the prestigious 1,000-game milestone - Alexei Kalyuzhny, Vitaly Proshkin, Andrei Subbotin, Alexei Troshchinsky and Dmitry Ryabikin - only Subbotin has never played for the Muscovite Blue-and-Whites. 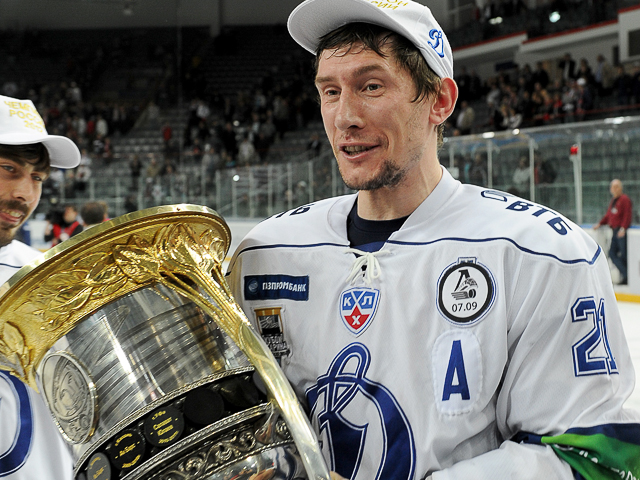 The Kontinental Hockey League would like to offer its heartfelt congratulations to Konstantin Gorovikov on this historic achievement, and wishes him many more thrilling matches and impressive records in the future.