20 August 2015, 22:22 News
Every summer sees players moving on from KHL teams – either bringing an end to their careers or moving on to something new. Here’s a run-down of six players we’ve enjoyed watching over the years but who, at the time of writing, won’t be playing in the up-coming KHL season. 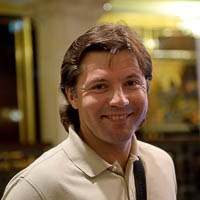 A season without seeing ‘Yeryoma’ between the piping will be something of a shock to the system. This veteran goalie has served with distinction since making his senior debut in the old Soviet league for Torpedo Ust-Kamenogorsk in 1991. By the mid-90s the Kazakh-born keeper was in Russia, playing for CSKA, Torpedo Yaroslavl (now Lokomotiv) and, most notably Dynamo Moscow.

He’s still a hero to fans of the Blue-and-Whites, guaranteed a warm reception every time he returned to Luzhniki with Barys Astana after his move back to his native Kazakhstan in 2010. He helped Dynamo to two Russian Super League titles in 2000 and 2005, with an incredible post-season GAA of 0.90 in the latter campaign, and was a reliable presence for team Kazakhstan as the fledgling nation established itself in international play.

The 39-year-old has quit playing but is staying in hockey as the goalie coach for Barys’ MHL outfit. 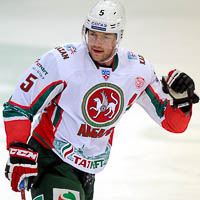 It’s a familiar script: late in the game, Ak Bars tied or down by one. A power play. The puck feeds back to the point and captain Nikulin steps up to slap home a vital goal. When Ak Bars was at its best, it was a tough team to beat and Nikulin’s rugged defending and knack for pulling out a big goal when needed was a vital part of that.

Many were surprised that he opted to leave Kazan this summer, stepping away from his long-time mentor, coach Zinetula Bilyaletdinov. Many are still more surprised that, unlike clubmate Evgeny Medvedev, Nikulin hasn’t snapped up an NHL deal straight away.

But the expectation is that he will find his place in North America and, at 33, can explore new challenges across the Atlantic. 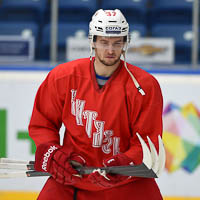 It’s far from clear that we will be saying farewell to Grebeshkov just now – at the age of 31 he’s more than capable of finding himself a club for the coming season. But after he wasn’t offered a new contract at Vityaz he remains a free agent – and one of the enigmas of Russian hockey.

Yaroslavl born, he graduated from Loko’s academy and embarked on a career that has seen him shuttling between Russia and North America, winning two World Championships along the way. When he quit the NHL in 2010 to join Maxim Afinogenov at SKA it was hailed as a big coup for the KHL: the still-young league was attracting young Russian players back from the NHL while they were in their prime, rather than becoming a retirement home for those too old to continue elsewhere. But the deal didn’t quite work out: SKA struggled to meet expectations, Grebeshkov’s form suffered. The D-man dropped out of the international reckoning and moved on to Ugra, then Edmonton and finally Vityaz.

The feeling lingers: there’s a powerful player in there, but finding the club where Grebeshkov can show his skills is an on-going challenge. 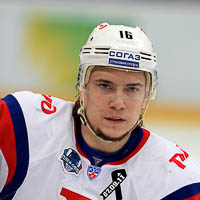 When the reformed Lokomotiv signed up Plotnikov from Amur as part of the rebuilding after the 2011 air tragedy, it wasn’t a move that attracted much attention. Plotnikov, then just 22, had played his part in helping the Khabarovsk team to its only play-off campaign but was not really on the radar as a star in the making.

A strong first season in Yaroslavl changed that. Thirty points in regular season brought him to the attention of Russia’s selectors and the 2013-14 campaign announced his arrival as a top player. His 14-point post-season haul pushed Loko to the Western Conference final, shocking Dynamo along the way, and he followed that with another 12 points in Minsk as Russia won the World Championship in emphatic style.

He was never drafted by an NHL team, but that kind of form set the scouts on his trail and Plotnikov, now 25, agreed a contract with Pittsburgh this summer. 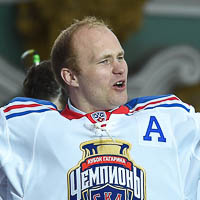 For many fans in St. Petersburg, of course, the departure of hot-shot Artemy Panarin to Chicago was the big news of the summer. But Thoresen’s six seasons in the KHL and his conspicuous success in winning the Gagarin Cup with both Salavat Yulaev and SKA give the Norwegian the edge. He was always a heavy scorer, putting up more than a point a game in his two regular seasons in Ufa and continuing to terrorize defenses after moving to Petersburg.

More than that, he was an effective playmaker, steadily oiling the wheels of his teams’ offense and helping the talents of Alexander Radulov, Ilya Kovalchuk and others to shine. Internationally he helped Norway punch above its weight at World Championship and Olympic level, enjoying a stand-out tournament in Stockholm in 2012 when he posted 7+11=18 from eight games.

And Sweden is the 31-year-old’s next destination as he moves to Djugardens. 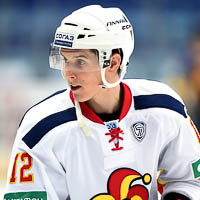 Most of the players on this list distinguished themselves with several seasons of KHL success. Moses, however, is a bit difference.

The American forward only spent one season in the competition as Jokerit took its bow last year. But what a season it was: 36 goals set a new KHL record and a player who was initially overlooked for his short stature blossomed into a big star.

He’s something of a cult figure in Helsinki and now, aged 26, he’s finally getting a long-deserved crack at the NHL with the Predators.