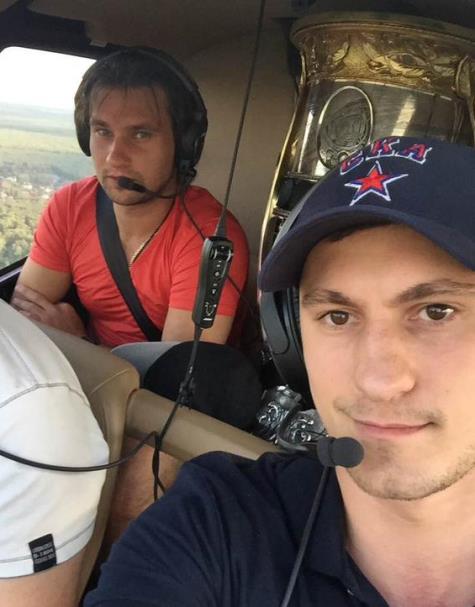 Summer is often a time for traveling – and the Gagarin Cup is just as keen as the rest of us to rack up the air miles and head off somewhere new.

In recent seasons a tradition has already grown up where players from the KHL’s champion team take their game’s top prize back home. It’s a way of thanking those who helped them take their first steps in hockey, and a way of inspiring a new generation of youngsters to dream of aiming for the summit of the sport.

This year’s grand tour is no exception. The impressive trophy has wended its way through Russia and made its first ever appearance in Finland – where it won the approval of the legendary Teemu Selanne. It also starred in a Moscow photoshoot along the way, and was helicoptered into the small town of Kozelsk in the Kaluga Region, south-west of the capital.

The 2015 journey began in Cherepovets, the northern steel town that forged the talents of SKA’s Yury Alexandrov, Maxim Chudinov and Vadim Shipachyov. The trio went back to their roots at the home of Severstal, the club where they began their illustrious careers. As always the event drew a big crowd of fans eager to get a photo with the silverware and collect autographs from the stars.

After Cherepovets the tour headed south to another Russian hockey Mecca – Chelyabinsk, the former stamping ground of Anton Burdasov. Then Nikolai Belov took up the baton, flying it to Kozelsk, whose 17,000 inhabitants include his brother. 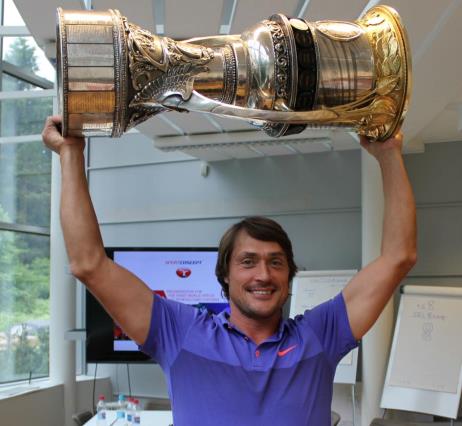 It was also Belov’s idea to bring the cup to the Moscow Academy of Photography, an institution with which he has a long-standing relationship. Here the old rivalry between Russia’s biggest cities fell away as the crowds of guests provided perfect material for the Academy’s students to get hands-on practice shooting a news event on their doorstep.

The next stop was Finland. Although the trophy has been abroad before – Jakub Petruzalek took it to the Czech Republic after winning with Dynamo – this was the first time the precious metal had headed to Russia’s Nordic neighbor. Goalie Mikko Koskinen and goaltending coach Marko Torenius took the Gagarin Cup to their homeland, accompanied by SKA Vice-President and Finnish citizen Roman Rotenberg.

That trip started in Espoo, where Koskinen began his career, and the goalie was on hand to give some tips to youngsters at his former club. Then it was on to Kirkkonummi, where the trophy was inducted in the mysteries of the Finnish Sauna before cooling off in the chilly waters of the Gulf of Finland. The temptation was too great for legendary forward Selanne: the Finnish Flash, a Stanley Cup winner in 2007, came along to get his hands on this cup as well.
#cup
Share
Прямая ссылка на материал