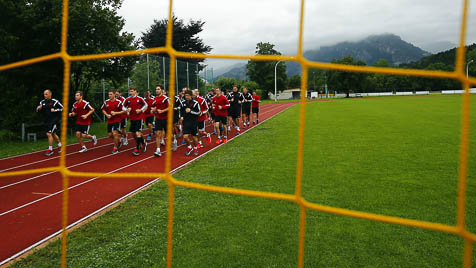 The KHL’s players are enjoying their summer vacations around the world – but this year there’s less time than ever to rest. The coming season starts early, on Aug. 24, so pre-season is already just around the corner.

The clubs are finalizing their preparations, with many reporting for training on July 1. Not everyone is hurrying back, though: some teams are giving their players a bit of extra R&R and will get to work in mid-July. Jokerit, perhaps keen to make the most of those long summer evenings in Finland, is waiting until July 20 before gathering.

As usual many teams are planning pre-season camps throughout Europe, with Finland, Germany, Italy and the Czech Republic among the most popular destinations. Fans across Europe can look forward to the chance to see KHL teams in the flesh in friendly games.

There’s also plenty of pre-season action in Russia as the traditional warm-up tournaments dominate the action at the start of August. Some of these have a long history: Magnitogorsk hosts the XXIV Ivan Romazan Memorial Tournament, dedicated to the late director of the Magnitogorsk Steel Factory whose passion for hockey helped make Metallurg one of Russia’s top teams. This year’s tournament runs from Aug. 16-19 and hosts Magnitka will play Traktor, Avtomobilist, Avangard and Sibir.

For four of these teams (with the exception of Sibir) this will be their second straight contest, as they will meet few days earlier in Chelyabinsk to compete for the Chelyabinsk Region Governor’s Cup.

The Nikolai Puchkov Memorial Tournament is another event with a long history – it’s dedicated to great USSR goalie of the 1950s who backstopped the Red Machine to its first Olympic and World Championships – but it was reborn in St. Petersburg last year and returned to the schedules for the first time in the KHL era. Fittingly, it was won by a KHL debutant, Jokerit, and the Finns will return to defend their trophy against SKA, HC Sochi and Severstal. 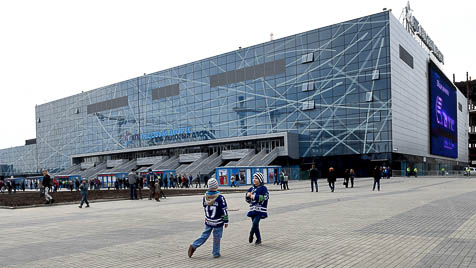 In Moscow, Dynamo fans can get a look at their team’s new home in the VTB Ice Palace. The purpose-built venue sees its first action in a new tournament, the Arkady Chernyshev Memorial dedicated to the legendary Dynamo and USSR coach who won four Olympics and 11 World Championships. Dinamo Minsk, the reborn Spartak and Amur will take on the hosts on Aug. 6-9.

A week later Dynamo and Spartak will face CSKA and Vityaz at the same venue in the now traditional Mayor of Moscow Cup.