Review of the season, part one – landmarks, new faces and sad farewells 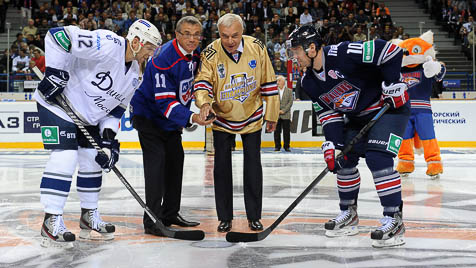 Defending champion Metallurg Magnitogorsk got off to a flying start with an emphatic 6-1 win over Dynamo Moscow in the Opening Cup. Dynamo featured in the curtain raiser for the third season in a row thanks to its regular season success last time: beaten Gagarin Cup finalist Lev Prague withdrew from the KHL over the summer. Magnitka’s bright start to the season was hampered by an injury to talismanic forward Sergei Mozyakin two weeks later when Mike Keenan’s men got a second win over Dynamo.

Lev’s departure was far from the only change in the league’s membership: Donbass Donetsk and Spartak Moscow also took a sabbatical, while Lada Tolyatti returned after four seasons in the VHL, newly-formed HC Sochi moved into the Olympic arena and Jokerit Helsinki pushed the competition across new boundaries to become the first Finnish team to play.

The Finns quickly showed that they meant business: an early hiccup saw Jokerit’s KHL debut end in a 5-4 OT loss against Dinamo Minsk before Erkka Westerlund’s team reeled off a six-game winning run and Steve Moses introduced himself to fans with the first of his record-breaking 35-goal haul for the season. The other teams made a slower start to life at a higher level.

Former Donbass boss Andrei Nazarov has always had a combative reputation and he wasted little time in introducing his abrasive style to his new post at Barys. Following the Kazakhs’ defeat at Admiral the outspoken head coach vented his anger at hockey legend Vyacheslav Fetisov, claiming the legendary defenseman’s influence was affecting refereeing decisions involving Admiral. Nazarov was handed a six-match ban by the league’s disciplinary committee. 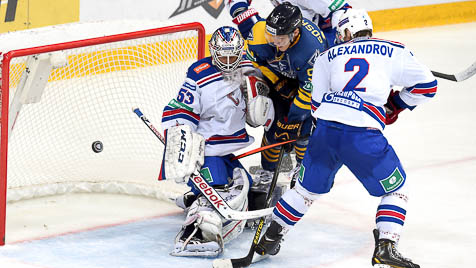 SKA St. Petersburg powered through September without winning 12 games, all in regulation time. That winning streak came a halt on October 3 when Atlant grabbed a 4-3 win. SKA had set a new KHL record for the best start to a season but seemed to be about to surrender its 100% record somewhat tamely in Mytishchi after falling 0-4 behind early in the third. A swift rally made it 3-4 with 10 to play and Atte Engren’s goal was peppered with shots but there was no way back for the early pacesetter.

The annual coaching merry-go-round was rather slower to get rolling this season, with only Slovan Bratislava appointing a new coach in the first month after Radislav Cada stepped down, but October saw the first signs of impatience from club owners who demanded more from their teams. Lokomotiv was the first to act, announcing the return of Dave King on Oct. 1 after an unimpressive start from Sean Simpson. Many had expected King to continue in his post after he took a youthful roster to the Conference final in 2014, beating Dynamo and SKA on the way, but the club already had an agreement in place with Simpson, whose contract with the Swiss national team was coming to an end.

One coach whose position was never in doubt was Ak Bars’ Zinetula Bilyaletdinov. The much-titled tactician celebrated his 800th game behind the bench on October 5, marking the occasion with a 2-1 win over Avtomobilist. 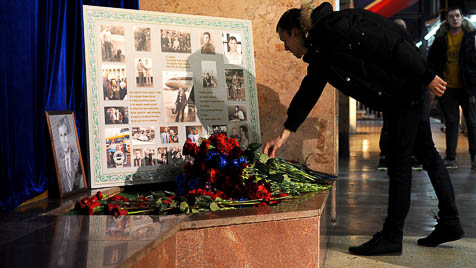 The month brought one milestone to celebrate and one event to mourn. The milestone fell to Sergei Mozyakin, fully recovered from injury and on hand to post his 500th top-flight career point in Magnitka’s 4-2 win over Lada on November 27.

That celebration came two days after Russian hockey was plunged into mourning following the death of legendary coach Viktor Tikhonov. The tactical mastermind behind the invincible CSKA and USSR rosters of the 80s passed away early on November 24. As tributes poured in from all over the world, the coach’s grandson, Viktor Tikhonov Jr, suited up for SKA in its game against his grandfather’s old team. His grandson delivered a fitting tribute with two goals and an assist, while CSKA honored the club’s proud history by winning 5-3.

The league table already showed that the Western Conference was a two-horse race between the two Army clubs, with Dynamo Moscow and Jokerit jockeying for position behind them. In the East, meanwhile, Ak Bars Kazan was facing an unexpected challenger. While the traditional power houses of Metallurg, Avangard and Salavat Yulaev struggled for form, unfancied Sibir were wowing them in Novosibirsk. 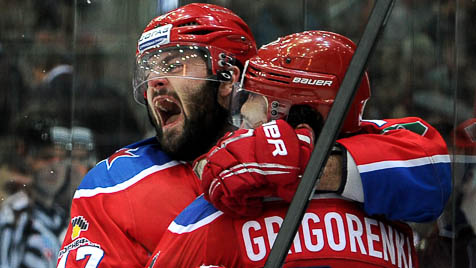 If the early stages of the season were dominated by SKA, CSKA was now hitting form. December saw the Moscow team stretch a winning streak to 13 games, serving notice that it was going to be a serious contender for honors this time around. Alexander Radulov and Igor Grigorenko formed a reliable partnership throughout the season, while Stephane da Costa made a big impact as the first French international to grace the league. It took a 2-1 defeat against city rival Dynamo to end the sequence as the Army Men hit the top of the league.

HC Sochi also put a good run together, compiling 10 consecutive wins before a pair of heavy defeats brought the newcomer back down to Earth. Dynamo was the spoiler again, snapping that streak with an emphatic 6-1 victory; two days later a runaway Lokomotiv inflicted a 9-2 defeat on the Black Sea team.

International hockey returned to Sochi as the KHL took a break for the Channel 1 Cup to bring Europe’s biggest stars back to the Olympic city. Russia, despite some indifferent form and experimental squads over the course of the season, produced a commanding performance on home ice to win its three games against Finland, Sweden and the Czech Republic.