To mark the end of the third round of the Gagarin Cup play-offs – the Conference finals – the Kontinental Hockey League has named the best players of the round in four categories. 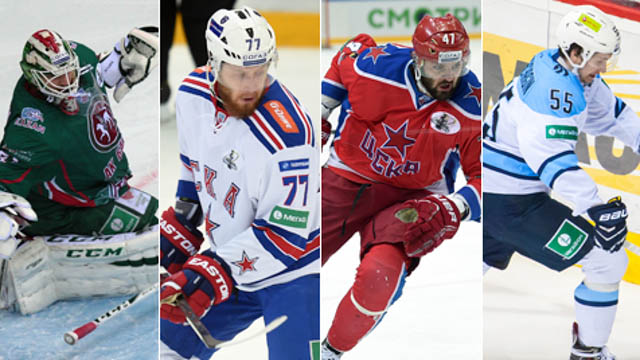 – Best goaltender, as in the previous round, was Anders Nilsson (Ak Bars), who repeated his semi-final feat of three shutouts in five games, ending the series with a save percentage of 97.54 and a goals against average of 0.58;

– Best forward was Alexander Radulov (CSKA), with a haul of 11 points (4+7) from seven outings;

– Best rookie was 20-year-old Sibir defenseman Ivan Vereshchagin, who played in all 5 games, averaging 11 minutes 41 seconds on the ice.
#Best