For the second game running Anders Nilsson proved to be a formidable obstacle for Sibir as Ak Bars took a firm grip on the Eastern Conference final series with a 2-1 victory.

Nilsson, who came into the game on a run of just one goal conceded in five outings, extended his unbeaten run in this series to 111:24 as his team keep the Siberians off the scoresheet for two more periods. 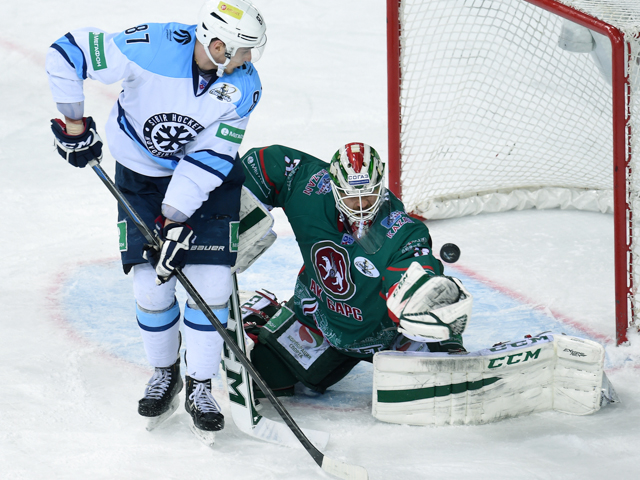 Sibir’s impressive power play finally got the team off the mark, but after coming into the series with a 33% conversion rate, Andrei Skabelka’s team came up blank on four occasions before finally hitting the target in the 52nd minute through Vladimir Butuzov. He swept the puck home low on Nilsson’s stick side after Stepan Sannikov wrestled for possession behind the goal.

By that time, however, it was already too late to save the game. Ak Bars had forged ahead in the first period thanks to a Kirill Petrov goal in the eighth minute. Alexander Burmistrov’s shot saw Alexander Salak give up a bigger rebound than he would have liked, and Petrov was first to the puck to open the scoring. 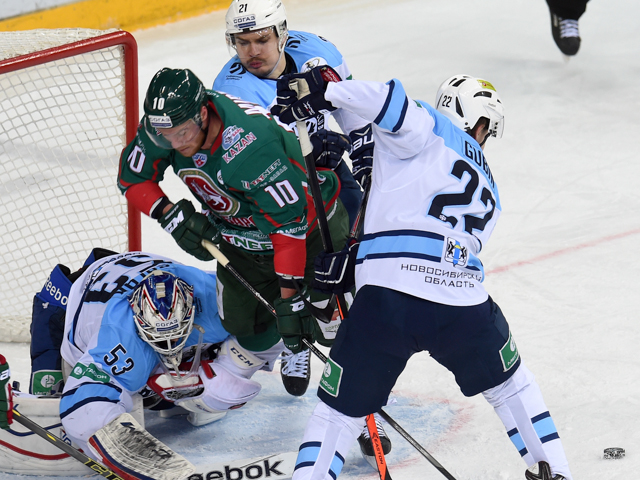 A second-period goal on the power play from Oscar Moller – his seventh of the play-offs – gave some vital breathing space and ultimately proved to be his fifth game-winner of post-season. Once again, it came off a rebound, but this time Moller picked up on Evgeny Medvedev’s shot, headed behind the net and scored on the wraparound.

The teams now head to Novosibirsk with Ak Bars seemingly in command of the series. However, the final 20 minutes of the opening games in Kazan offer some hope to Sibir – having proved that it is possible to score on Nilsson the team came close to tying this game. With home support behind it in games three and four, there is still life in this series.