All set for the Army derby. Western semi-finals, Day 5

Not for the first time CSKA had to come from behind to beat Jokerit, but a 4-2 win in Moscow sent the Army Men through to the Western Conference final and a meeting with its military counterpart from St. Petersburg.

Damir Zhafyarov claimed the vital goal with five minutes left, swinging around behind the net and firing the puck into the slot where it deflected off Topi Jaakola’s skate and beat Henrik Karlsson. A short-handed empty net goal from Grigory Panin merely rubbed salt in the visitor’s wounds.

The winning goal perhaps summed up Jokerit’s misfortunes in this series: on more than one occasion a winning position went begging, sometimes due to on-ice errors and sometimes down to sheer misfortune. But it was enough to send CSKA through in five and give hockey’s most-titled team its best post-season run of the KHL era. 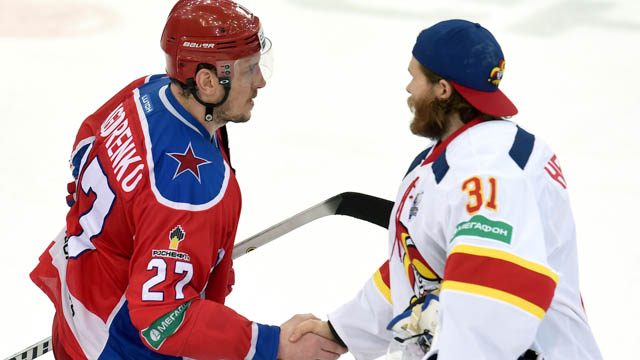 With a place in the conference final at stake, CSKA had the better of the first period and should have taken the lead in the 20th minute of the game when Igor Grigorenko was twice denied from point blank range by Karlsson.

That miss looked costly when the Finns went in front just eight seconds after the restart. Juhamatti Aaltonen was the scorer after Nikita Zaitsev’s careless pass gave him the opportunity. CSKA stuck to its game plan and levelled through Vladimir Zharkov, but quickly fell behind once more when Steve Moses threaded a superb pass to Linus Omark who applied the finish to make it 2-1 going into the second intermission.

But the final stanza belonged to the host. Grigorenko, a thorn in Jokerit’s flesh throughout this series, scored on the rebound from an Alexander Radulov shot to tie the scores once again in the 41st minute and the closing stages saw CSKA claim victory in the game and the series.

The team returns to action in the final against SKA on Wednesday, with the series starting in Moscow. 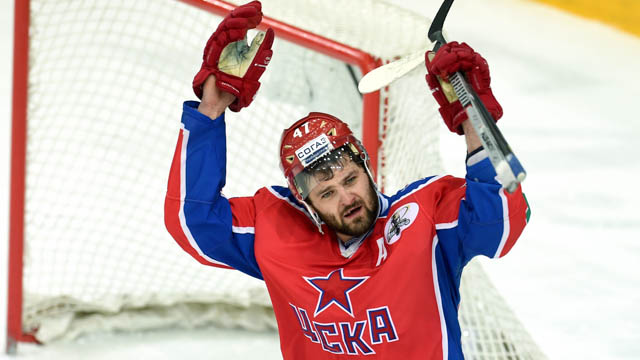