Sibir shut out Metallurg to claim victory in the opening game of this Eastern Conference semi-final series.

In a city gripped by hockey fever as fans enthusiastically awaited the chance to avenge last season’s defeat at this stage, tonight’s game was the hottest ticket in Siberia. And this time Sibir didn’t freeze in the spotlight. A solid, disciplined performance in a sometimes helter-skelter game was backed up by 38 saves from goalie Alexander Salak to keep Magnitka’s formidable forwards at bay.

At the other end clinical finishing made the difference. First David Ullstrom, a Gagarin Cup finalist with Lev last season, took advantage of oceans of space on the slot to collect Jonas Enlund’s pass, pick his spot and launch the puck upstairs on the backhand. That opened the scores deep in the second period.

Sibir made it 2-0 midway through the third when Alexei Kopeikin got his first post-season goal, rifling home a one-timer off a Dmitry Kugryshev pass for a power play marker. That was enough to put the outcome beyond doubt as the home team won its first ever game at this stage of the play-offs. 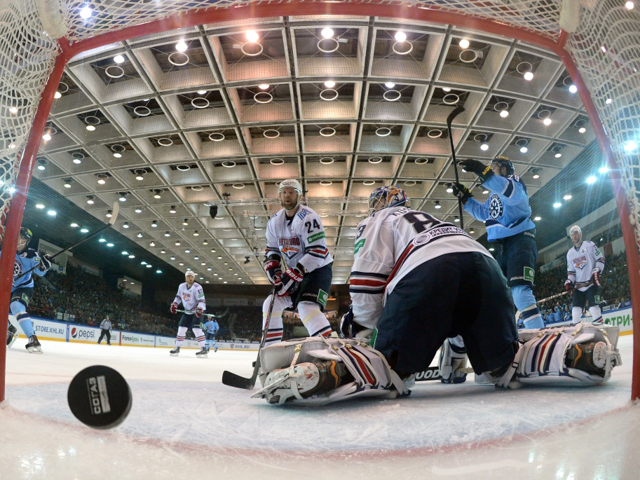