The duel for top spot in the Eastern Conference will go down to the final game of the regular season after Metallurg Magnitogorsk and Ak Bars both won on Sunday. Magnitka had a 4-2 win at local rival Traktor while Ak Bars enjoyed a 4-1 success at Lada. The two big hitters are still separated by a single point, with Ak Bars currently out in front.

There was seldom any doubt about the outcome of the game at Lada. Ak Bars scored twice in the first period through Igor Mirnov and Oscar Moller and that lead was never threatened. Mikhail Glukhov stretched the advantage in the second before the teams traded late goals from Karol Sloboda and Artyom Lukyanov.

Magnitka took a little longer to subdue Traktor. Bogdan Potekhin opened the scoring with just four seconds left in the opening session to give the visitor the lead, and the teams traded power play goals either side of the half-hour mark with Sergei Tereshchenko and Martin Ruzicka both finding the target from the blue line.

Jan Kovar put Metallurg 3-1 up in the 35th minute and Traktor could not make any inroads on that lead in the final session. 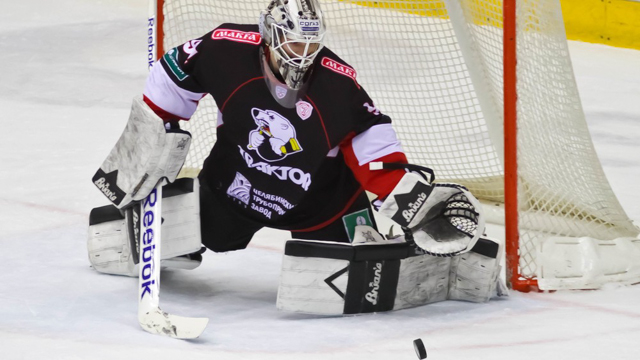 Torpedo clawed back a 0-2 deficit to beat Dynamo Moscow and put a dampener on a proud moment for young forward Vladimir Bryukvin. He scored his first ever KHL goal in the 16th minute, adding to Alexei Tereshchenko’s opener to put Dynamo in control.

But Artyom Alyayev and Artyom Blazhiyevsky hauled Torpedo level in the second and Jarkko Immonen got the winner early in the third.

Torpedo’s win guarantees it will finish in seventh place, facing SKA in the opening round of play-off games starting on Friday.

Play-off race goes down to the wire
The battle for the final play-off spot will be settled on Tuesday night in the final round of regular season games.

HC Sochi currently has the edge over Severstal after … at home to CSKA, but its rival’s 4-1 win at Vityaz means the Steelmen are in a position to profit from any slip-up at the last hurdle.

Sochi saved itself from defeat late on against the Army Men, tying the game at 2-2 thanks to a Ryan Whitney power play goal with just 30 seconds left to play. That cancelled out Nikita Zaitsev’s marker earlier in the third and secured a precious point to keep a small gap between Sochi and Severstal.

That gap remained at a single point though, as Roman Lyubimov won it for CSKA in a shoot-out after both teams spurned presentable chances in a lively session of overtime.

Earlier the Radulov brothers traded second-period goals to get this game going. Igor scored first for Sochi but Alexander levelled the scores within 30 seconds.

In Podolsk Severstal had few problems into keeping the pressure on Sochi as it overpowered Vityaz. The home team did score first, thanks to Maxim Afinogenov, but three first-period goals took Severstal almost out of reach by the first interval. Maxim Trunov, Pavel Chernov and Pavel Buchnevich were the scorers; Andreas Thuresson added a fourth late on. 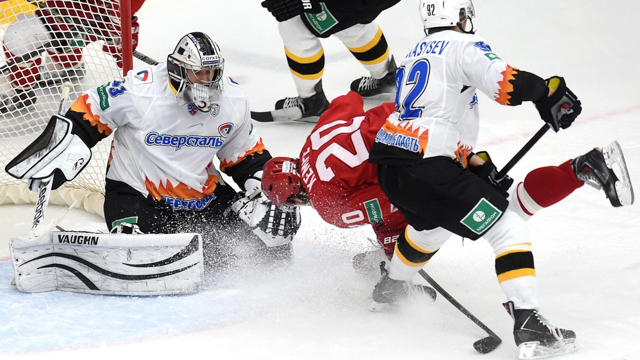 On Tuesday Sochi can clinch its place with any kind of victory over Lada; a defeat, even in overtime, would open the door for Severstal to sneak into eighth place if it can win in regulation at Lokomotiv.

Around the league
Salavat Yulaev eased to a 4-1 win over Metallurg Novokuznetsk. After a scoreless opening stanza the game was settled in the middle session. Teemu Hartikainen and Andrei Zubarev scored either side of a Ryan Stoa effort before Arturs Kulda got the first of his two goals.

Slovan’s unhappy season could yet end on a high note. The team powered to a 5-2 win over SKA in its penultimate game. Libor Hudacek, Rok Ticar and Vladimir Migalik put the home team in control before SKA hit back through Patrick Thoresen and Roman Cervenka to make it 3-2. Ladislav Nagy and Ivan Baranka completed the scoring for Slovan.

Two goals from Pascal Pelletier were not enough to give Medvescak victory in its final game against Jokerit. The Finns clawed back a 2-4 deficit in the third period and took the points in a shoot-out thanks to Tommi Huhtala, who also scored in regulation 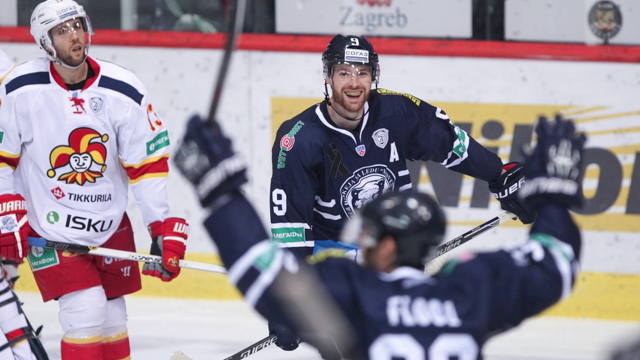 Barys left it late to get the only goal of its game against Sibir. Kevin Dallman finally broke the deadlock in the 56th minute of a game that saw Sibir out shoot its host 36-23 only to find Pavel Poluektov in unbeatable form. This win confirms a fifth-place finish for Barys and a play-off engagement with Avangard.

Dinamo Minsk grabbed its winning goal even later, with Ryan Vesce downing Dinamo Riga just 11 seconds before the hooter. That was the only goal of the game; Lars Haugen made 26 saves for the host.

There was another low scoring game in Khanty-Mansiysk where Ugra beat Avtomobilist 1-0. Philip Larsen got the only goal, Barry Brust had 29 saves.