Barys picked up a second win in two days at Amur, edging a 3-2 verdict over the home team in Khabarovsk. The win guarantees the Kazakh team a place in the top eight.

The visitor took control of the game in the first two periods with goals from Konstantin Romanov, Oleg Kvasha and Nikolai Antropov opening up a 3-0 lead.

Amur hit back in the third as Vyacheslav Litovchenko’s short-handed goal reduced the deficit but by the time Michel Miklik made it 2-3 with five seconds left there was no way back for the home team. 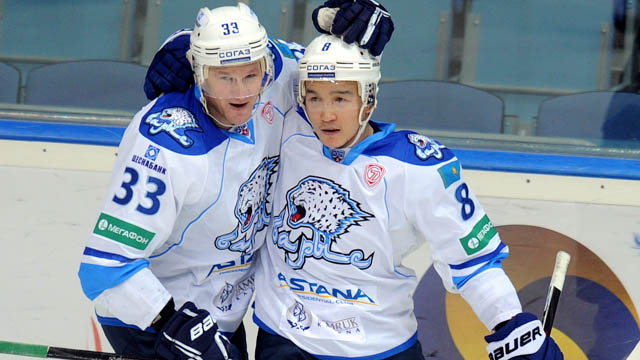 Costly slip-up for Admiral
Admiral wasted a great opportunity to pile the pressure on Avtomobilist in the battle for eighth place.

Victory in regulation time over Avangard would have put the Vladivostok team two points in a play-off spot, intensifying the pressure on Avtomobilist to win its games in hand and secure a post-season campaign.

But after opening up a 2-0 lead through Enver Lisin and Richard Gynge, Admiral was blown off course by an Avangard recovery. Alexander Perezhogin scored twice to tie the game at 2-2 and take us into overtime.

Things got worse for the home team just 37 seconds into the extra session when Denis Gulyash scored the game winner on Avangard’s first offense of overtime.

The single point puts Admiral level on points with Avtomobilist, but the Far East team has played two games more than its rival. This result also means that Traktor and Salavat Yulaev join Barys and Co. in the Eastern Conference play-offs. So it comes down to Avtomobilist vs. Admiral battle for the last remaining berth. 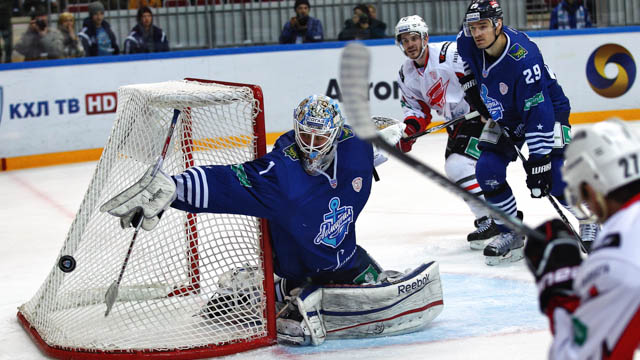