CSKA confirmed that it would finish a regular season champion thanks to a 5-2 home win over Medvescak.

The Army Men went into the game knowing that victory here and defeat for Dynamo at Lokomotiv would guarantee top spot – and there was no shortage of confidence after Wednesday’s imposing 12-0 thrashing of Slovan.

But Medvescak, initially at least, hadn’t read the script. Goals in the first five minutes from Pascal Pelletier and Edwin Hedberg gave the visitor an unexpected 2-0 lead and saw Ilya Sorokin come off the bench to replace starting goalie Kevin Lalande. 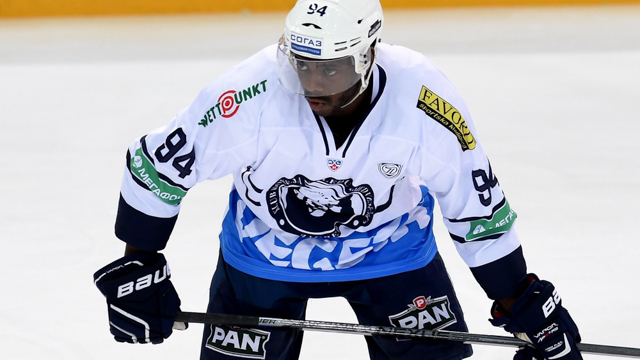 The lead lasted into the second period only to be wiped out by an even faster salvo of three goals in three minutes. Stephane da Costa pulled one back, Roman Lyubimov tied it up and Jan Mursak put CSKA ahead in a purple patch from 20:54 to 23:13.

After that the home team never looked back. Igor Grigorenko made it 4-2 off a da Costa assist and the Frenchman wrapped up the scoring in the third period.

The game – which could be a pre-cursor of a first-round play-off clash between these two teams – seemed to be set for an easy Loko win after the home team took a 2-0 lead in the first through Jonas Holos and Martin Thornberg.

Loko went on to lead 4-1, Emil Galimov finding a swift reply to Alexander Budkin’s marker in the second period and Yegor Averin boosting the advantage early in the third. Dynamo tried to hit back and extend its six-game winning streak, but goals from Denis Kokarev and Denis Mosalyov weren’t enough to prevent the Continental Cup from moving from one side of Moscow to the other. 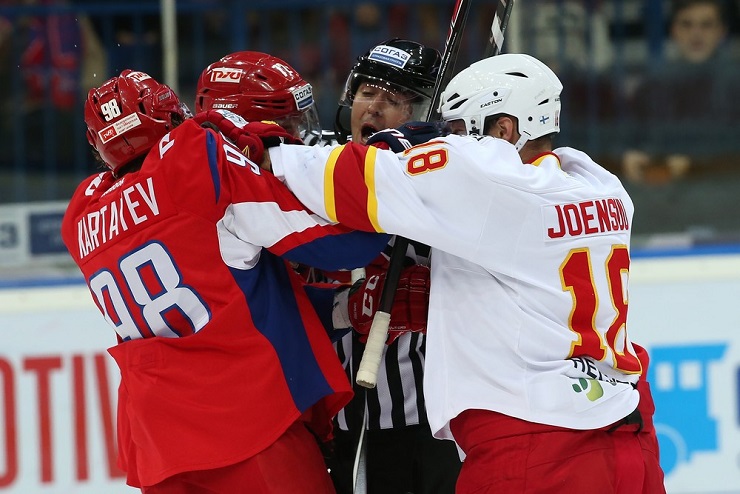 Battle rejoined in the East
A combination of Admiral’s home win over Salavat Yulaev and Avtomobilist’s defeat against Neftekhimik breathed new life into the race for the play-offs in the Eastern Conference.

After defeat yesterday Admiral knew there was no margin for error against the Ufa team this time and a four-goal blitz in the final five minutes secured a 6-2 victory.

The scores were tied at 2-2, with Ilya Zubov and Jan Kolar putting Admiral up before Dmitry Semin and Kirill Koltsov pegged them back. But Enver Lisin converted a power play to make it 3-2 and Richard Gynge scored 33 seconds later to give a decisive advantage to the home team. Alexei Ugarov and a second marker from Zubov completed the scoring to give Admiral an emphatic win over a team that beat it 24 hours before.

Later in the day there was more good news for the men from the Far East as Neftekhimik – another team with at least a theoretical chance of the play-offs – took a 3-2 verdict at Avtomobilist.

The visitor led three times but Mikhail Zhukov’s 55th-minute goal was the decisive score. Avto remains in eighth on 74 points, Admiral moves closer with 70 and Neftekhimik is further back on 67 points. All three teams have four games remaining this season.

The home team dominated much of the game and Andrei Kostitsyn’s 25th-minute goal seemed to be a prelude to a straightforward victory.

But Denis Golubov tied it up with a short-handed goal and Vasily Streltsov got the winner early in the third. Victory keeps Lada’s mathematical chance of stealing a play-off spot alive.

Around the league
Three goals in the second period saw Torpedo edge closer to confirming a play-off spot with a 3-1 win over Slovan. The Bratislava team improved on its midweek thrashing, keeping the game scoreless until Veli-Matti Savinainen put Torpedo up early in the second. Nikita Filatov and Denis Kazionov stretched that lead; Michal Sersen got one back in the third.

HC Sochi also moved closer to securing its post-season campaign with a 5-1 win at Vityaz. Mikhail Anisin opened the scoring against one of his former clubs and Andrei Kostitsyn and Ilya Krikunov made it 3-0 in the first session. Vityaz knew that victory was vital to preserve its play-off hopes but could not fight back, conceding twice more in the second before a late consolation from Maxim Afinogenov. 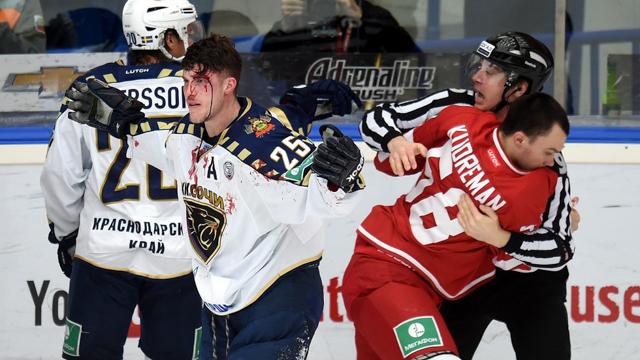 Sibir overpowered Barys with a 4-0 win in Novosibirsk. Jarno Koskiranta and Sergei Shumakov set things rolling in the first period and Alexei Kopeikin added two more in the third. Alexander Salak made an impressive 40 saves for his shut-out.

A third-period Denis Parshin goal gave Avangard a 3-2 victory in Novokuznetsk – but only after the visitor weathered a storm from Metallurg. It seemed so easy for Avangard early on as Vadim Khomitsky and Erik Gustafsson made it 2-0 inside four minutes, but Cade Fairchild and Ryan Stoa tied it up before Parshin’s winner.

Rafael Batyrshin gave Metallurg Magnitogorsk the edge in the latest South Ural derby, grabbing the overtime winner after a 1-1 tie. Earlier Denis Platonov put Magnitka up only for Traktor equalize within 45 seconds thanks to Stanislav Chistov. 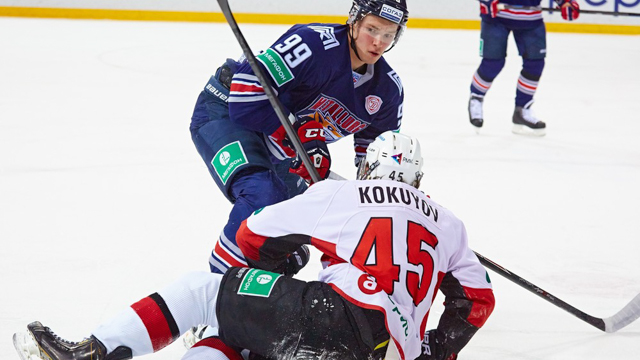