CSKA recorded its 44th victory of the season to set a KHL record and move ever closer to confirming the regular season championship with a 3-1 win at defending Gagarin Cup-holder Metallurg Magnitogorsk.

Not for the first time this season Alexander Radulov and Stephane da Costa were the architects of CSKA’s success: the pair combined for two goals in the second period to cancel out Danis Zaripov’s opener.

On both occasions Radulov was the provider and da Costa the scorer; the first was a clean strike off a pass from behind the net, the second a deflected effort as the Frenchman advanced along the goal line. The combination was too much for Vasily Koshechkin and his defense.

CSKA had the edge for most of the game but could not rubber stamp its victory until the last minute when Vladimir Zharkov scored into an empty net. The win puts the Army Men 11 points clear of SKA at the top of the KHL table. 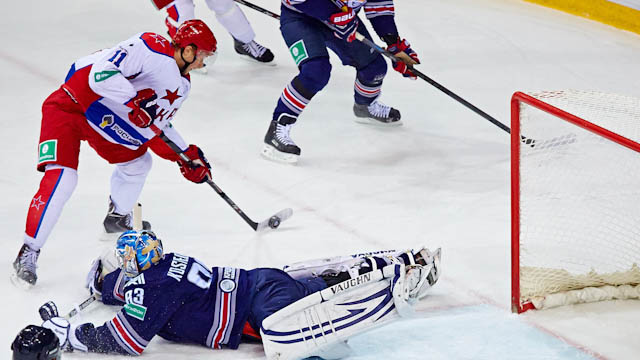 Ak Bars too strong for SKA
Ak Bars bounced back from a 4-1 home defeat to Dynamo Moscow by going one better to win 5-1 at SKA.

The game promised to be a hard-fought match-up between two of the league’s top teams, but in truth the outcome was largely determined in the first eight minutes. Ak Bars made a blistering start, taking the lead through Oscar Moller’s fourth-minute power play goal and doubling that advantage when Petr Vrana got ahead of Anton Belov to touch home Andrei Kostitsyn’s effort.

An extended 5-on-3 power play offered SKA a way back into the game and Evgeny Dadonov duly scored off an Artemy Panarin pass to halve the deficit, but Ak Bars – and Moller in particular – would not be denied. The forward went close to increasing the lead before setting up Sheldon Brookbank seconds later. The defenseman made it 3-1, beating Mikko Koskinen on the glove side with an angled shot.

Mikhail Varnakov extended the lead early in the third before Vrana’s second of the night completed the scoring. Ak Bars remains out in front in the East; SKA looks likely to settle for second in the West. 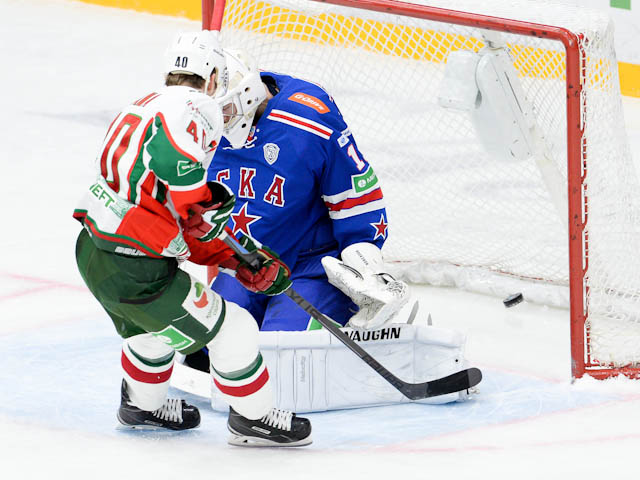 Dynamo defers Moses’ record attempt
Dynamo Moscow climbed into third place in the West ahead of Jokerit thanks to a 2-1 win in Helsinki.

The pre-game talk was all about whether Steve Moses could set a new KHL goalscoring record by adding to his 35 markers thus far, but although the American had five shots on Alexander Lazushin’s net he couldn’t find a way past Dynamo’s goalie.

Instead it was Konstantin Glazachev who put Dynamo 1-0 up with just his fourth goal of the season, a neat finish off Yegor Dugin’s pass late in the second period.

Jokerit levelled in the third through Petr Koukal but Maxim Karpov’s pace undid the home team late on as he surged past Dane Todd to pot the winner with little more than two minutes left to play.

Dynamo is now one point clear of Jokerit in third, with a game in hand. The current standings would see a repeat of last season’s play-off meeting between Dynamo and Lokomotiv.

Avtomobilist took another step towards booking a play-off place with a 3-1 win at Lada. The home team, still entertaining top eight hopes of its own, took the lead through Georgy Belousov but Vitaly Popov tied it up at the start of the second. Alexander Loginov missed a penalty shot for Avto before Sami Lepisto’s third goal in four games put the visitor up early in the third. Anton Lazarev completed the scoring into an empty net. 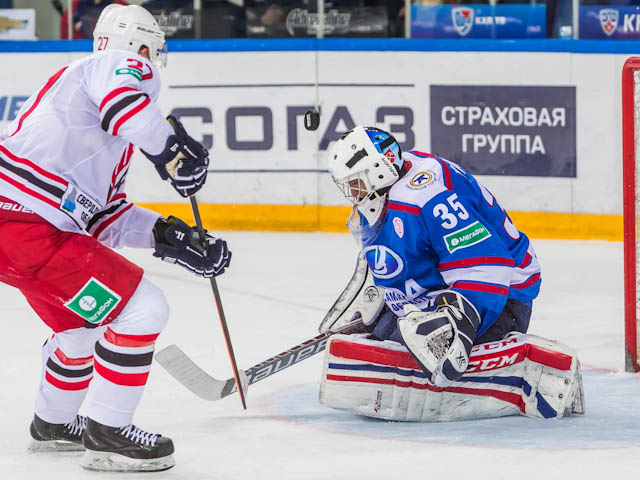 Vityaz left it late to beat Amur and keep in touch with Torpedo in the Western Conference play-off battle. Third-period goals from Vyacheslav Solodukhin and Alexander Kucheryavenko turned the game around to give the Moscow Region team a 3-2 win and put it two points adrift of the top eight. Kucheryavenko finished with 2+1 from the game. 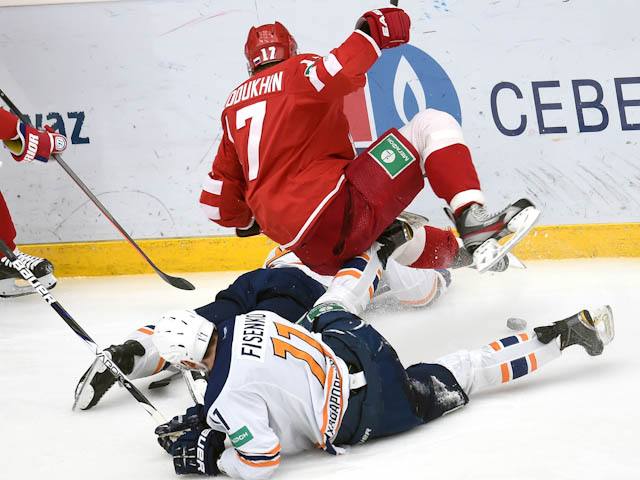 Admiral kept its play-off hopes alive with a 3-0 win at Lokomotiv, condemning its opponent to a fourth successive defeat in the process. Second-period goals from Andrei Sigaryov and Alexander Gorshkov put Admiral in command; Ivan Nalimov made 28 saves.

Traktor’s 4-2 win at Dinamo Minsk kept it on track for a play-off spot. The game was decided in the last 10 minutes by goals from Stanislav Chistov and Martin Ruzicka.

Two penalty shots helped Atlant to a 6-1 win over Ugra. Matt Gilroy and Oleg Yashin were the players to convert their chances in a one-on-one after Nikita Soshnikov had given the home team an early 2-0 lead. 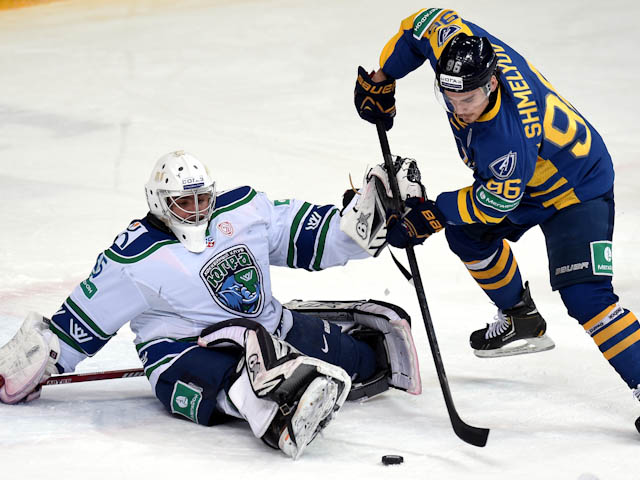