The stereotypical view of Finnish hockey is one of solid defense and opportunistic offense, capable of shutting down play, blunting the opposition and progressing through pragmatism.

Jokerit hasn’t always lived up to that stereotype this season – the free-scoring antics of the LoKoMo line offering a rather different approach to the game – but it’s win in Ufa on Wednesday was a classic example of the Finnish game.

The visitor profited from the first power play of the night, taking a fourth-minute lead through Tommi Huhtala after Alexander Mereskin was penalized early on. Henceforth Jokerit looked to control the game and keep Salavat Yulaev at arm’s length; There were just 18 more shots on Leland Irving’s goal and a second goal came into an empty net in the last minute.

Meanwhile rigid defense effectively kept the home team at bay with Riku Helenius making 26 saves to help his team return to third in the Western Conference. 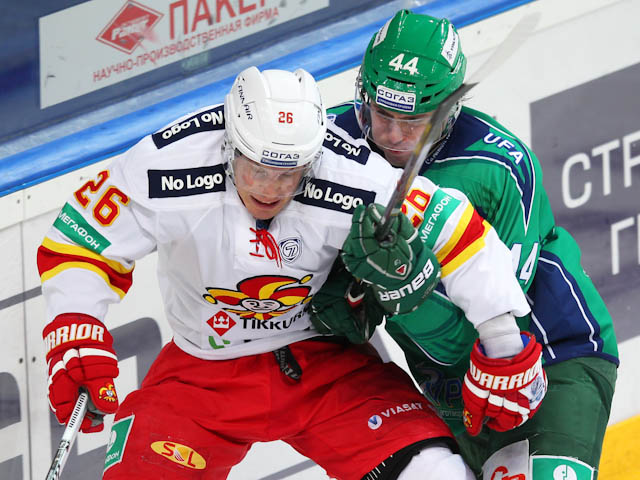 Wednesday’s other game saw Barys win 4-2 at HC Sochi. The visitor recovered from Max Warn’s early goal to build a 4-1 lead by the end of the second period, with Roman Starchenko posting 1+2 to set his team on the road to victory. Mikhail Anisin got one back in the final session but there was little danger of a Sochi revival.