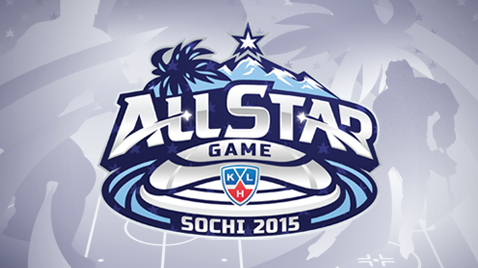 Less than a week remains until the traditional festival of hockey – the KHL All-Star Game – takes place in Sochi on Sunday, the 25th of January. The Kontinental Hockey League is proud to present the star-studded program of events planned for this unforgettable weekend.

On the eve of the All-Star Game – Saturday, the 24th – the Shayba Arena in the Olympic city hosts a match-up between the nation’s finest exponents of sledge hockey. The two teams, Udmurtia and Zvezda, face off at 15:00 and admission to the game is free.

On Sunday, at 16:00, the Bolshoy Ice Dome – the main venue for the All-Star weekend – opens its doors to the public. At 16:30, the popular Master Show Skills Competition gets underway. This comprises a series of contests designed to test the skill, speed and strength of the best players in the KHL Championship.

At 17:45, the fans will be treated to the fourth annual Legends Game, featuring many of the most renowned veterans from Soviet and Russian hockey’s glorious history. The teams will be captained by two Olympic champions - Valery Kamensky and Andrei Kovalenko.

Finally, at 19:00, teams East and West step onto the ice to contest the VII Kontinental Hockey League All-Star Game. Make sure you do not miss the grandest hockey event of the season!

Tickets for the 2015 All-Star Game can be purchased via the official website.
#ASG
Share
Прямая ссылка на материал