Sibir up to second. January 14 round-up

A combination of Sibir’s 4-2 win at Ugra and Avangard’s 1-3 home reverse against Metallurg Magnitogorsk was enough to edge the Novosibirsk team into second place in the Eastern Conference.

David Ullstrom led the way in Khanty-Mansiysk, scoring twice to pace Sibir to victory. The visitor never trailed but had to wait until the final 10 minutes before shaking off Ugra’s challenge. But once Ullstrom got his second of the night on a 53rd-minute power play there was no way back for the home team; Patrik Hersley wrapped up the points 16 seconds before the hooter with an empty-netter. 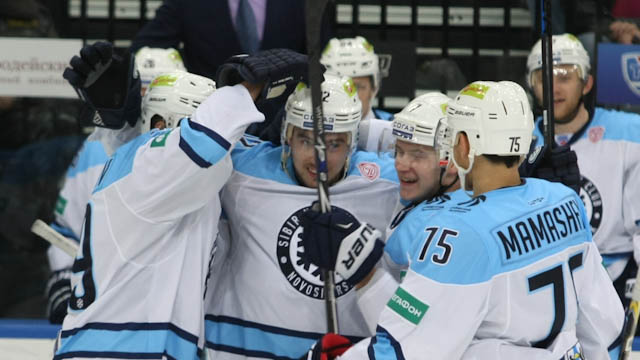 That put Sibir ahead of Avangard after the first game of the day ended with defending champion Metallurg taking the verdict in a heavyweight clash.

An early power play goal from Danis Zaripov set the tone and Bogdan Potekhin doubled the lead in the first period. Jan Kovar made it 3-0 early in the second and Ivan Fishchenko’s goal midway through the game was no more than a consolation for the Omsk team as the third period was goalless.

In-form forward Andrei Popov bagged his fifth goal in that sequence, scoring off Anton Glinkin’s pass on 18:28 to put the home team 3-0 in front. Earlier Vyacheslav Osnovin and Maxim Kondratyev found the net as the early exchanges went decisively in Traktor’s favor.

But the game almost had a sting in the tail. Mikhail Plotnikov reduced the arrears in the 53rd minute and Dmitry Maltsev made it 3-2 with just over a minute to play. Traktor had to negotiate the last 34 seconds with just four skaters after a penalty on Deron Quint, but held on to take the win. 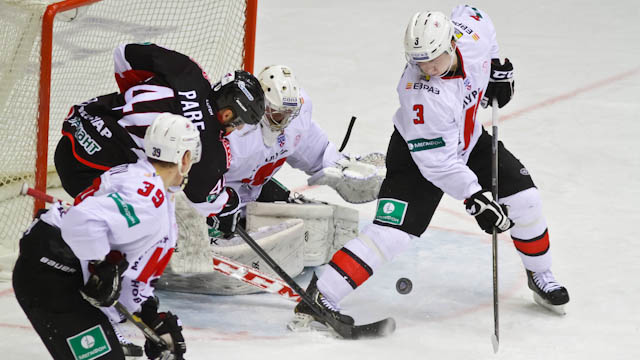 After spiking the big guns of Ak Bars and Magnitka in its previous two games, Salavat Yulaev reverted to unpredictable type and dropped a 5-3 verdict at home to Avtomobilist. Third-period goals from Sami Lepisto and Andrei Antonov gave the visitor the points.

Yury Petrov’s goal gave Lada a comeback win over Admiral. The visitor took the lead through Alexander Gorshkov, but Anton Shenfeld tied it up early in the second and Petrov settled it in the third.

Neftekhimik edged Amur 2-1 with Yegor Milovzorov getting the winner in the second period. Teemu Eronen gave the home team an early lead but Alexander Ryazantsev tied the scores for Amur within a minute.