SKA wasted little time in seizing control of Friday's game against Torpedo, racing into a 2-0 lead early on. Anton Burdasov opened the scoring after two minutes and Artemy Panarin doubled the lead in the eighth minute.

Panarin went on to add two assists to his tally as SKA eased to a 5-2 victory; Patrick Thoresen, Maxim Chudinov and Evgeny Dadonov also hit the target for the home team, while Jarkko Immonen and Vladimir Malevich found the net for Torpedo.Linus Omark's late goal gave Jokerit a hard-fought 3-2 win over Severstal, keeping the Finns hard on SKA's trail in the Western Conference. Omark struck with just 56 seconds left to play, beating Jakub Stepanek with a wrist shot through a screen of players. 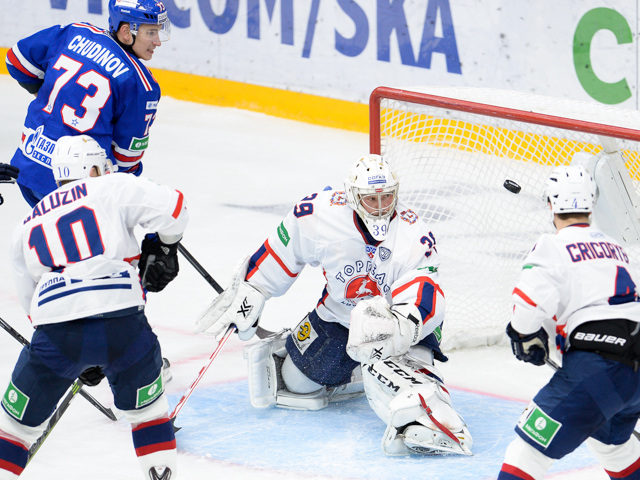 Omark's late show
Jokerit had to fight back from 2-0 down as the visitor made an impressive start to the game. Maxim Trunyov and Ignat Zemchenko got the goals in the first 10 minutes. But Niklas Hagman's backhander reduced the deficit before the first intermission and went on to dominate the scoreless second session.

The game was finally tied in the 51st minute thanks to Tomi Maki's breakaway goal, paving the way for Omark's dramatic last word.