Mat Robinson, playing his second game after returning from injury, picked up four points (2+2) as Dynamo Moscow won 7-3 at Avangard.

Robinson opened the scoring in the eighth minute during a strong start from the visitor, and soon afterwards Raimo Summanen called a time out to steady his team's ship. That worked until midway through the second period when Maxim Pestushko and Alexei Tsvetkov scored twice in a minute to stretch the lead to 3-0.

Vladimir Pervushin finally got Avangard on the scoreboard, only for Robinson to assist on a rare goal for Nikolai Zherdev. The third period saw Kaspars Daugavins score two more for Dynamo before Robinson got an empty-netter to complete his personal account for the evening. 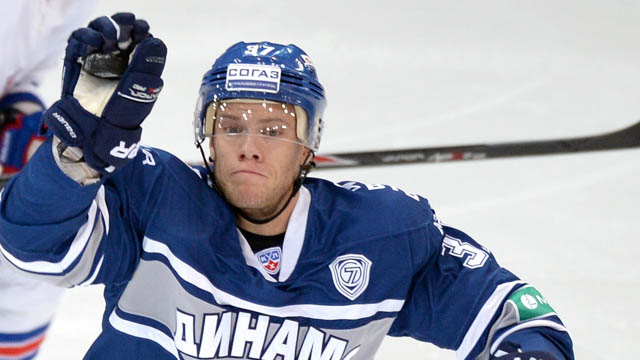 Sibir tastes defeat at last
Traktor ended Sibir's winning run thanks to Francis Pare's penalty shot 90 seconds into overtime. The Canadian was sent clean through on goal only to be chopped down by Renat Mamashev as he prepared to shoot. Given a second opportunity Pare made no mistake, beating Nikita Bespalov.

Earlier, though, Sibir had opened up a 2-0 lead thanks to goals from Jonas Enlund and Sergei Shumakov in the second period. However Traktor hit back through Alexei Kruchinin and Anton Glinkin to tie the game at 2-2.

Dinamo Minsk edged Slovan in a shoot-out following a 2-2 tie. Andrei Stepanov got the decisive goal. Earlier Dinamo had led twice thanks to power play goals from Charles Linglet and Ryan Vesce. Slovan dominated the closing stages, firing 22 shots on goal in the third period before Ziga Jeglic tied it up with three minutes left.

Ugra eased to a 3-1 victory at home to Metallurg Novokuznetsk. First period goals from Igor Magogin and Ben Maxwell put the Khanty-Mansiysk team in control before Nikolai Skladnichenko pulled one back on the power play. Andrei Chibisov completed the scoring.

Brandon Segal's penalty shot four minutes from the end proved sufficient for Medvescak to edge past Atlant. Igor Levitsky pulled one goal back in the closing moments but the Croatians held on for a 3-2 verdict. 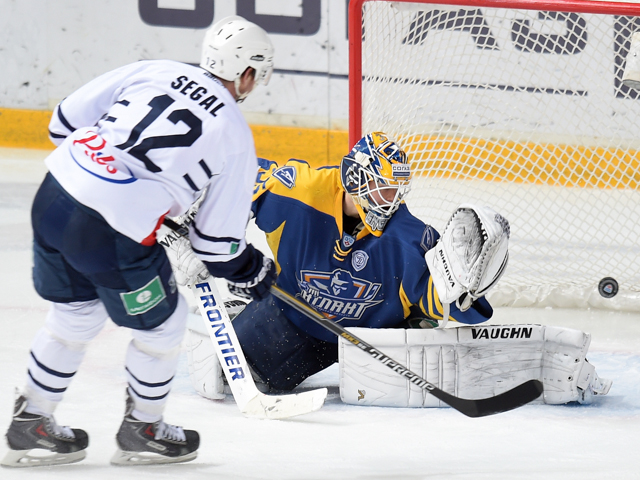