Yet another Cheechoo’s winner. December 29 round-up

A packed house for the final game of the year in Belarus had plenty of action to get excited about with nine goals and a fight deep in the second period of a feisty encounter.

And the lead kept changing hands throughout the evening: after Pavel Razvadovsky’s ninth-minute opener for Dinamo the goals came in pairs, with each team firing home a couple in turn.

After Nick Bailen and Robert Kousal came to blows late in the second, Vityaz seemed set to take maximum advantage. Mathias Porseland scored on a 5v3 power play, and Vyacheslav Solodukhin made it 4-3 to the visitor on a 5v4 advantage.

But Ilya Shinkevich tied it up at 4-4 before Cheechoo came out of the sin bin to grab the game winner after Paul Szczechura stole the puck on his own blue line and sent his team mate directly from the penalty box to net. 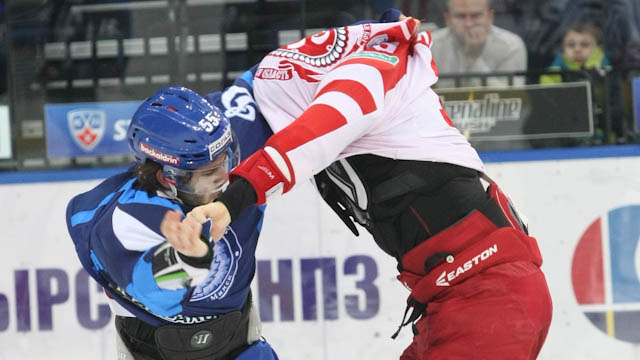 The Latvians eased into a 3-0 lead. Maris Bicevskis opened the scoring late in the first then Miks Indrasis and Krisjanis Redlihs struck in quick succession midway through the second.

But Atlant battled back through Matt Gilroy and Andrei Taratukhin to make it a one-goal game with 10 minutes to play. Home dominance was not enough to force an equalizer though, as Dinamo held on to take the win. 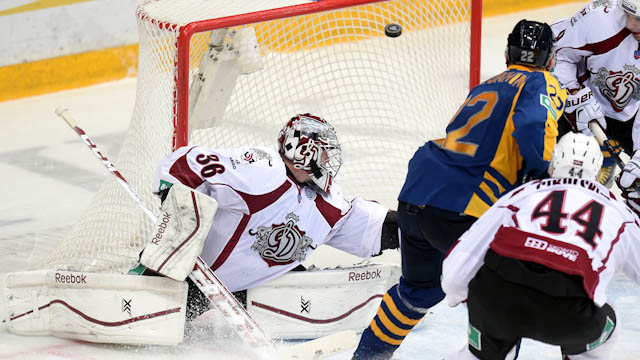