Atlant put its financial problems behind it to record a valuable win at Vityaz and remain in the chase for a play-off spot.

The game-winning goal came from Matt Gilroy – one of just two foreign players to remain at the club – in the 51st minute. The American scored a wonderful individual effort from a tight angle after he was given space to rush the net from the blue line.

The defenseman then pocketed his 18th assist of the season as Andrei Taratukhin made it 4-2 with 70 seconds left. Earlier Gilroy had helped Igor Levitsky score his second of the game to tie it up at 2-2 late in the second period.

Vityaz, which still harbors strong ambitions of reaching its first ever KHL play-off trailed early on but hit back with two goals in 90 seconds to take the lead thanks to Maxim Mamin and Vyacheslav Solodukhin. 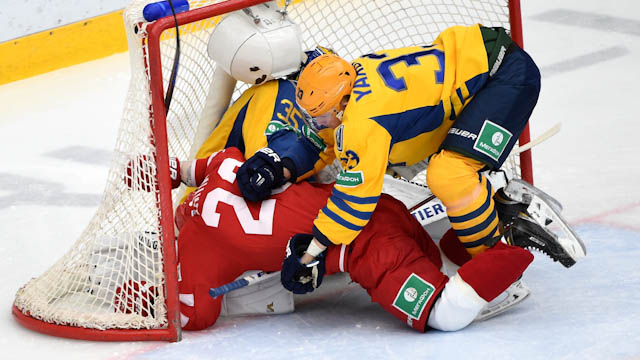 Minsk wins Dinamo derby
The battle of the two Dinamos went the distance before Paul Szczechura’s power play goal gave Minsk the points in overtime. The former Dinamo Riga man ended his old club’s resistance in the 64th minute with his 10th goal of the season to break a 1-1 tie.

Dinamo Riga was the first to show with Gints Meija putting the Latvians ahead in the fourth minute. That lead lasted exactly 40 minutes before Charles Linglet tied it up early in the third.

Thus inspired the home team had the greater share of the scoring opportunities in the final stanza but could not claim all three points before the hooter. 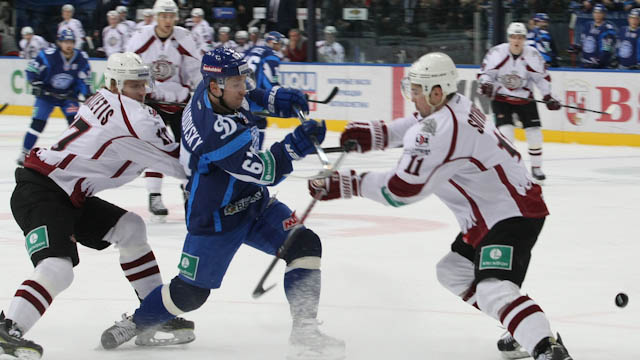