Next day after Lokomotiv head coach Dave King celebrated 67th birthday, his team presented him a valuable home win against one of its big rivals in the race for the play-offs, downing Vityaz 4-2 in Yaroslavl.

The game was largely decided by special teams, with two of Loko’s goals coming on the power play and the opener going in just as Vityaz returned to full strength. That goal was scored by Emil Galimov in the tenth minute, cancelling out Vyacheslav Solodukhin’s early opener.

Andrei Loktionov then put Loko ahead on the power play late in the first period, firing home a one-timer off a pass from behind the goal, and the same player doubled the advantage early in the second, lifting a backhander in off the bar.

Vityaz got one back through Nikita Vyglazov but Geoff Platt wrapped it up for the home team with another power play goal in the 51th minute.

The win lifts Loko to sixth in the West, one point clear of three teams battling for a top-eight finish. Vityaz currently holds eighth place, level with HC Sochi and Torpedo. 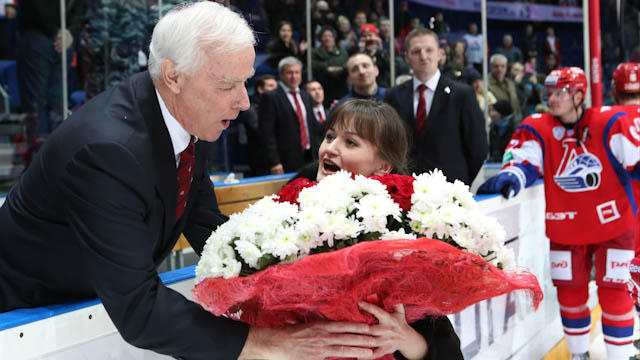