It is fifty years since the legendary Russian coach, Anatoly Tarasov, founded the Golden Puck children's hockey tournament, and to mark the anniversary the renowned children’s charity, the Timchenko Foundation, is to host an international tournament for teams of youngsters aged 11-13 on Thursday, the 18th of December, at the Bolshoy Ice Dome in Sochi. 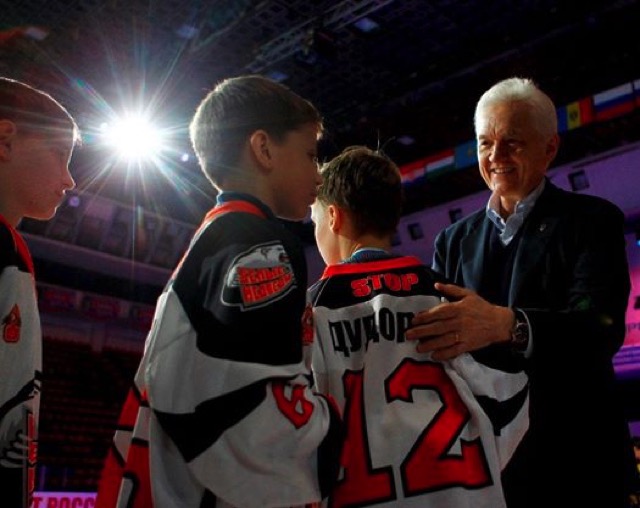 The tournament has attracted teams from five countries: one each from Kazakhstan, Belarus, Slovakia and Israel, plus six from various regions of Russia: Primorye, Krasnodar, Saratov, Kaliningrad, Moscow and Sverdlovsk. The ten teams will be split into two round robin groups, the winners of which will contest the final.

The participating youngsters will also be given a tour of Krasnaya Polyana and will be treated to an autograph session with top players from the Night Hockey League. The closing ceremony will be attended by dignitaries from the Golden Puck organizers and the Timchenko Foundation, as well as many famous veterans of Soviet and Russian hockey.

Igor Baradachev, Deputy General Director at the Timchenko Foundation, said of the event "In this, the Golden Puck’s 50th anniversary year, we wanted to grant the hockey players of the future not just a chance to compete against their peers, but also allow them to see the kind of arenas in which they could one day be playing for their club or country. This tournament, held with the support of the Timchenko Foundation, will feature boys from many different countries, vividly underlining the principle that hockey knows no boundaries. In fact, tournaments like these only serve to bring together people from different countries."

The awards ceremony will take place in Sochi’s Bolshoy Ice Dome at 16:30 on Thursday, the 18th of December.