Two days ago goals were hard to come by in the KHL; today four teams managed to score six.

The highest scoring game was in Nizhny Novgorod, where Torpedo went down 4-6 at home to HC Sochi. Clay Wilson and Cory Emmerton had two each for the visitor; Wojtek Wolski scored twice in a losing cause for Torpedo.

Troubled Salavat Yulaev suffered another heavy loss, going down 6-1 at Atlant to follow up Monday’s 4-0 failure in Minsk. Atlant scored five in the middle session, with Maxim Mayorov grabbing two of them; Salavat coach Vladimir Yurzinov told reporters that he was flying straight back to Ufa after the game while the team prepares for its trip to Bratislava on Friday. 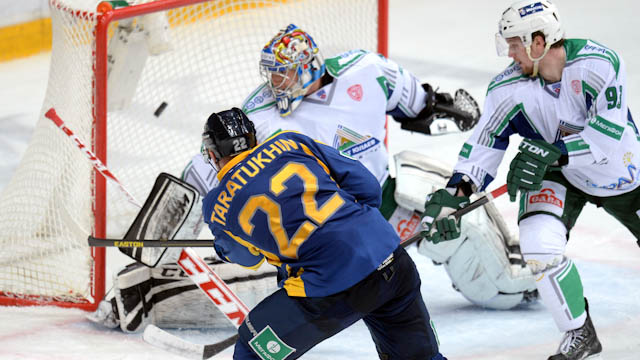 Traktor matched Atlant’s 6-1 margin at Metallurg Novokuznetsk. The visitor had six different scorers in this one; Stanislav Chistov and Vyacheslav Osnovin both finished with 1+1.

Avangard was the day’s final six-shooter, winning 6-2 at Medvescak. The visitor rattled in four first-period markers through Denis Kulyash, Denis Parshin (2) and Chad Kolarik to set up a comfortable victory.

Alexander Radulov set the Army Men on the way with a power play goal in the 17th minute. That was the first of three points for him on the night as he cemented his position as the league’s top scorer.

The game remained alive until late in the second period, but goals from Stephane da Costa and Nikolai Prokhorkin extended CSKA’s lead to 3-0 and left Vityaz with too much to do.

Mario Kempe got one back but da Costa scored his second of the night off a Radulov pass to complete the scoring. 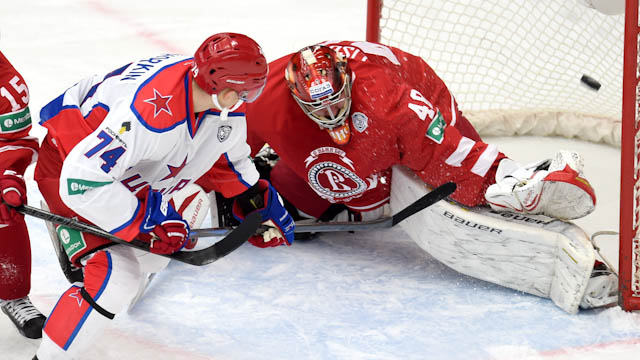 Sibir ends Ugra’s run
A strong second period display from Sibir put the skids under Ugra’s recent winning streak. The home team scored three unanswered goals on the way to a 5-2 victory that sent the visitor tumbling to its first defeat in five.

Biryukov denied any further Sibir goals and even had an assist on Artyom Bulyansky’s third-period marker, but there was no way back for Ugra. 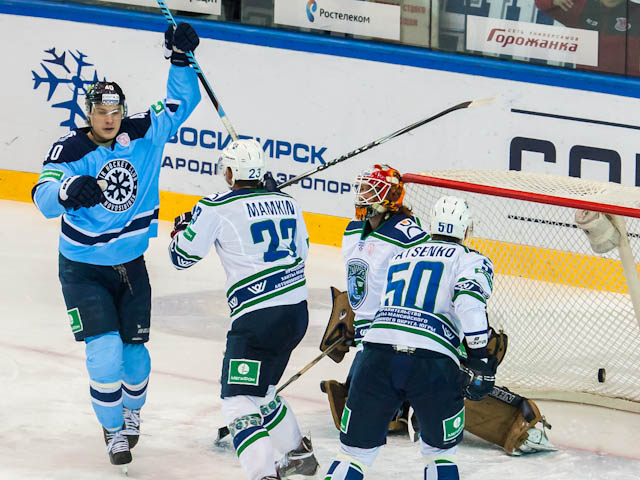 Slovan snapped a three-game losing streak after edging Barys by the odd goal in five. Milan Bartovic got the winner on 35 minutes after the Kazakhs had tied up a two-goal deficit.

Amur edged Lada 3-2. Evgeny Orlov got the only goal of the first period and even though Semyon Valuisky tied it up early in the second Amur assumed control as Dmitry Lugin and Dmitry Tarasov opened up a 3-1 lead. Vitaly Shulakov pulled one back for Lada but there was no way through in the final session.

Admiral clawed back a 1-3 deficit to win 5-3 at home to Neftekhimik. Shaun Heshka got the eventual game-winner in the 56th minute before Niclas Bergfors completed his hat-trick to wrap up the scoring 32 seconds later.