Metallurg Magnitogorsk showed some championship-winning resolve to turn defeat into victory in the day’s big game at home to SKA.

With barely three minutes left Magnitka trailed 1-3 and was deprived of the services of defenseman Chris Lee, who was ejected after his high stick injured Anton Burdasov. Earlier Lee had scored to cancel out Artemy Panarin’s opener for the visitor.

But Magnitogorsk hit back in dramatic fashion: first Sergei Mozyakin made it 2-3 on 56:42, then Danis Zaripov tied it up on 58:38. Into overtime, and Jan Kovar applied the coup de grace, collecting Moyzakin’s pass and facing down Mikko Koskinen to score the winner in a one-on-one.

Earlier Panarin put SKA in front, only for Lee to equalize in the second period. Roman Cervenka and Evgeny Dadonov then seemed to have the visitor in control until that late, late drama turned the game upside down. 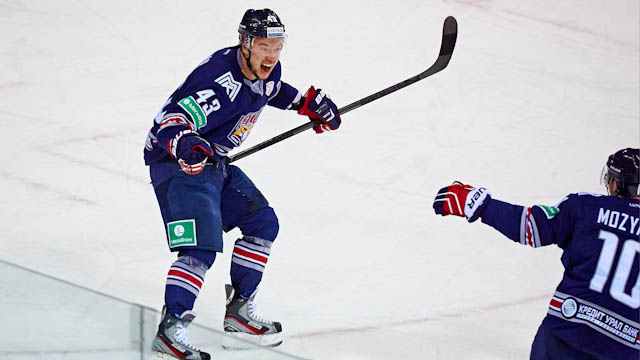 Ak Bars outlasts Dinamo Riga
Ak Bars returned to the top of the Eastern Conference, but had to work hard to see off a spiky Dinamo Riga team in Kazan.

The visitor opened the scoring in the fourth minute through Gints Meija’s penalty shot, but Vladimir Tkachyov wiped out the lead a minute later.

The game was settled in the middle session: Lauris Darzins scored against one of his former clubs to put Dinamo back in front, but Ilya Nikulin tied it up on the power play and a minute later Artyom Lukyanov got what proved to be the winner while his team was short-handed.

Kovar shuts out Jokerit
Jakub Kovar had his 6th shut-out of the season, making 33 saves to help Avtomobilist to a 4-0 win over Jokerit.

After a scoreless opening session Aaron Palushaj put the home team in front 19 seconds into the middle period before Eduard Lewandowski’s mesmerizing puck handling created a chance for Alexei Mikhnov to make it 2-0 in the 34th minute.

Artyom Gareyev and Alexei Simakov added further goals in the third period as high-flying Jokerit had its wings clipped in the Urals. 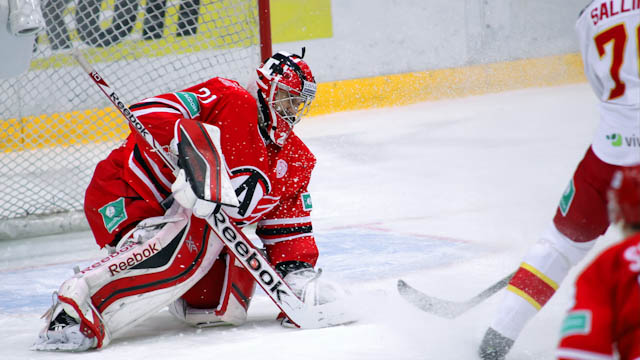