Playing Severstal clearly suits CSKA: not long after an 8-2 home win over the Cherepovets team, the men from Moscow delivered a 9-1 thrashing of the same opponent.

The orchestrator of the previous rout, Alexander Radulov, was suspended for this game – but in his place came Stephane da Costa, back from injury and ready to get back on the goal trail. He marked his return with a hat-trick and two assists in a powerful performance from the league leader.

Da Costa opened the scoring in the fifth minute, but Severstal’s Evgeny Mons tied it up almost immediately. That was the last of the competitive action, though: CSKA rolled out to a 4-1 lead by the first intermission thanks to Maxim Mamin, Damir Zhafyarov and Simon Hjalmarsson. Mamin’s strike was the first of his KHL career, Hjalmarsson’s power play goal came off a da Costa assist.

The second period only had one goal, Hjalmarsson off da Costa again but CSKA ran up four more in the third. Da Costa had two of them, Jan Mursak added a goal and two assists and Bogdan Kiselevich also found the net in a rampant display by the host. 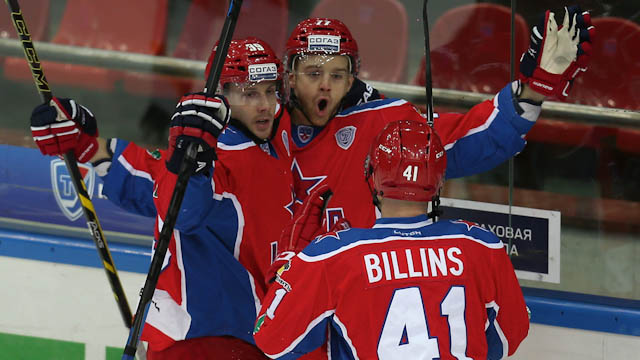 Jokerit hands out six of the best
There was another big win in Finland where Jokerit beat Metallurg Novokuznetsk 6-1.

The destiny of the game was resolved quickly – within just five minutes Petr Koukal and Eetu Poysti put Jokerit 2-0 up, and by the first interval it was four thanks to power play goals from Juhamatti Aaltonen and Niklas Hagman.

Metallurg changed goalies at the intermission and Alexander Komaristy pulled a goal back early in the second, but the ever reliable Steve Moses made it 5-1 before Saari Santeri completed the scoring. The third period was a low-key affair as the home team engaged cruise control with the victory well and truly beyond doubt.

Mozyakin grabs game-winner for Magnitka
Sergei Mozyakin celebrated his call-up into Russia’s squad for the upcoming Channel 1 Cup with the game-winning goal for Metallurg Magnitogorsk at Neftekhimik.

Mozyakin scored early in the second period, wrapping up a move involving his partners in crime Danis Zaripov and Jan Kovar and putting Magnitka 2-0 in front. Matt Anderson pulled one back for Neftekhimik early in the third but Denis Platonov quickly reinstated that two-goal cushion.

Dinamo edges thriller in Yaroslavl
Paul Szczechura and Jonathan Cheechoo both scored twice for Dinamo Minsk in a lively 5-4 win at Lokomotiv.

The game ebbed and flowed dramatically: Dinamo opened up a 2-0 lead but found itself trailing 3-2 early in the third as Andrei Loktionov completed a home revival.

However, it didn’t take long for Alexander Materukhin to tie it up once again and Szczechura and Cheechoo completed the win. Sergei Konkov also scored twice but ended up on the losing side.

Eastern Conference leader Ak Bars needed a shoot-out to overcome Traktor after a 2-2 tie in Chelyabinsk. Vladimir Tkachyov added to his goal in regulation to seal the points for the visitor.

There was another shoot-out in Moscow after Dynamo tied 2-2 with Medvescak and once again the Blue-and-Whites’ nerve failed them. Krystofer Kolanos was the Medvescak hero, tying the game on 59:10 then potting the winner. 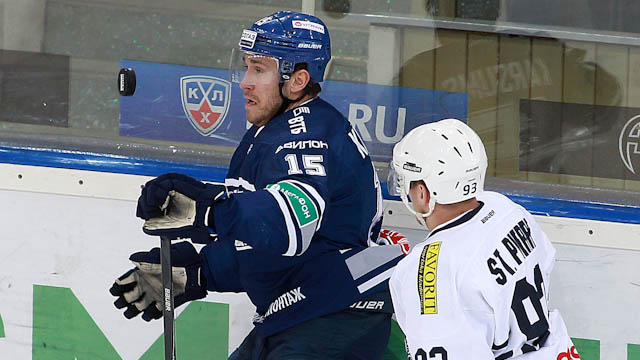 First period goals from Alexander Pankov and Teemu Hartikainen saw Salavat Yulaev to a 2-1 home win over Admiral. Vladislav Ushenin pulled one back for the visitor, but it wasn’t enough.

Dmitry Kugryshev’s hat-trick was the highlight as Sibir won 5-2 at Atlant. The visitor opened up a 5-0 lead before the home team earned a little respectability late on. 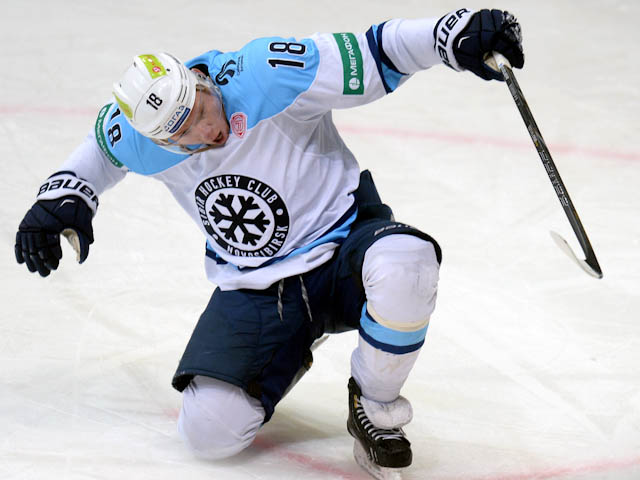 Avtomobilist returned to the ice after illness forced the postponement of Monday’s game at Traktor, but the team wasn’t fit enough to avoid a 4-2 defeat at Lada. Andrei Nikitenko got the game-winning goal in the 46th minute.

Vityaz struck late to win 3-1 at home to Torpedo. The hosts recovered from 1-0 down when Mario Kempe tied it up early in the third, then Maxim Afinogenov and Roman Horak scored in the last two minutes to snatch the win. 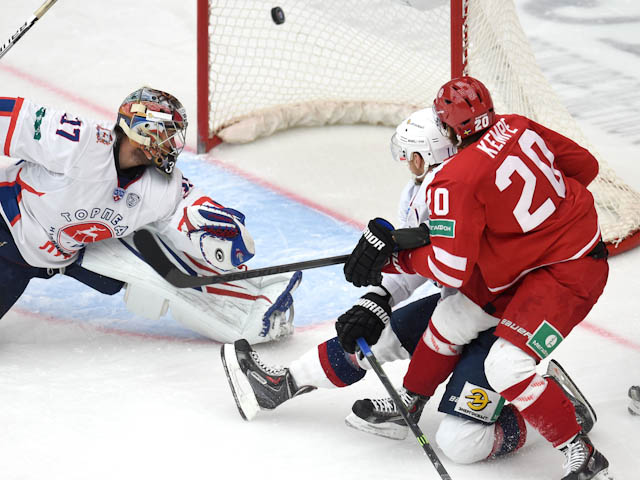