Avangard head coach Raimo Summanen is a man who knows his own mind – and isn’t afraid to fly in the face of convention. Even so, it was an eyebrow-raiser of a decision to bench starting goalie Konstantin Barulin in the third minute of today’s game against Salavat Yulaev after Antti Pihlstrom scored with the first shot on Avangard’s net.

Admittedly it wasn’t clear whether the impetus for the abrupt change came from the bench or the goalie himself, but whatever the reasons Denis Kostin was sent out to defend his team’s net for the remaining 57 minutes – and did so very impressively. He saved all 24 of the shots he faced, helping to secure a 2-1 win for Avangard. 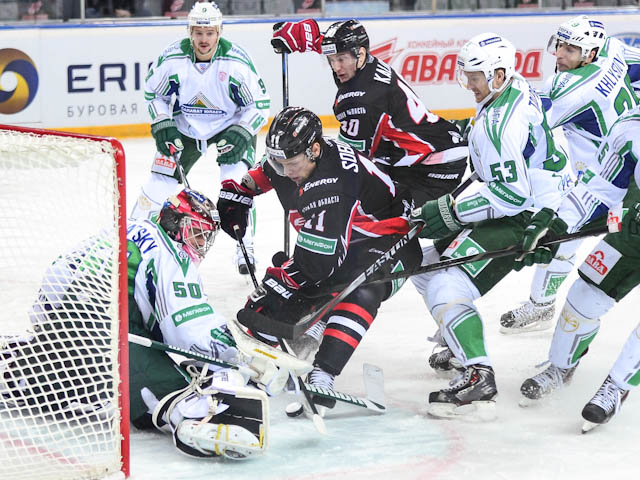 In Friday’s other game, Dinamo Riga eased to a 3-1 verdict over Amur. Marcel Hossa opened the scoring before Tommi Taimi and Mikelis Redlihs traded goals to keep Dinamo ahead at the first intermission. Lauris Darzins wrapped up the scoring 23 seconds into the middle period. 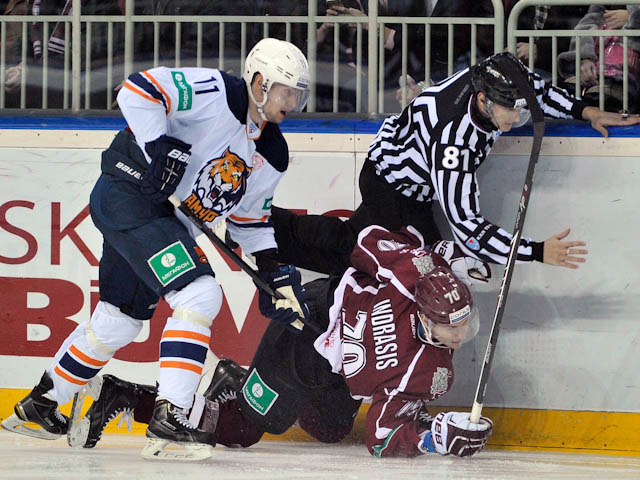