Denis Platonov put Magnitka ahead soon after before Mozyakin added #501 to his tally in similar circumstances to his earlier goal; this time Chris Lee supplied the ammunition and the forward stretch the lead to 3-1.

Vasily Streltsov cut the deficit almost immediately but Lada could not find a way through in the third and Tim Brent scored his team’s third power play goal of the night in the last minute to complete the scoring. 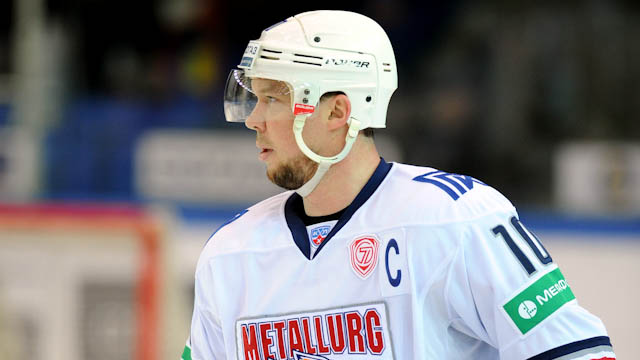 It took less than four minutes for Patrick Thoresen to open the scoring for SKA, converting the first power play of the night off an Ilya Kovalchuk pass.

That was the start of a profitable evening for Kovi: Metallurg leveled late in the first but the SKA captain scored in the 22nd minute to reinstate his team’s lead, and this time there was no coming back.

Thoresen’s vision enabled him to pick out Alexander Kadeikin two minutes later to make it 3-1 and Kovalchuk got his second before the 24th minute was over, chasing Ilya Sorokin from the visitor’s net.

It took less than three minutes for Rafael Khakimov to give up a goal, with Vadim Shipachyov adding to his two assists and make it 5-1. With the outcome beyond doubt the teams traded goals in the third, Kadeikin getting his second before Nikolai Skladnichenko pulled on back.

SKA forward Viktor Tikhonov missed the game in order to attend the funeral of his grandfather, Viktor Tikhonov Senior, the legendary Soviet coach who passed away early on Monday morning in Moscow. 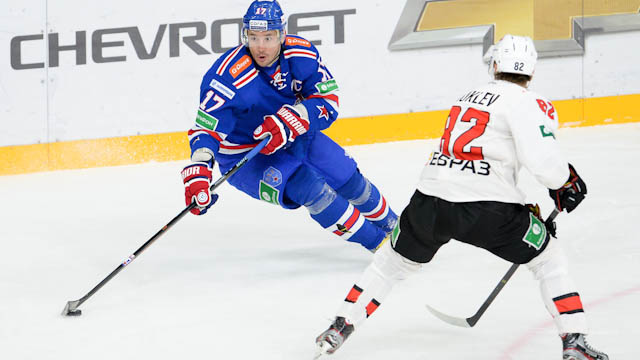 Hagman comes back in Helsinki
Niklas Hagman returned after injury and picked up where he left off with a goal for Jokerit against Sibir. He scored in the 35th minute to cancel out Jonas Enlund’s opener and set the Finns on the way to another home win.

The result was wide open until the final minutes when Steve Moses made it 2-1 in the 55th, returning to the top of the goalscoring charts in the process. A couple of minutes later a penalty on Jokerit prompted Sibir to go for broke, pulling Mikko Koskinen and playing 6-on-4. The gamble backfired, though: Petteri Wirtanen found the empty net to end the Siberians’ nine-game winning streak and put Jokerit on six straight successes.

Lokomotiv came back from 1-3 down to win in overtime at Medvescak. Yegor Yakovlev got the decider 67 seconds into the extras after Johan Holos tied it up with just 14 seconds left on the clock. Earlier Ville Leino scored twice for the home team.

Denis Kazionov got a shoot-out winner to hand Torpedo the points after a 3-3 at Severstal. The home side was seconds away from victory but Sakari Salminen tied it up on 59:32.

Harry Sateri made 37 saves to shut out Slovan in a 2-0 success for Vityaz. Goals from Dmitry Tsyganov and Maxim Afinogenov gave the visitors the vedict. 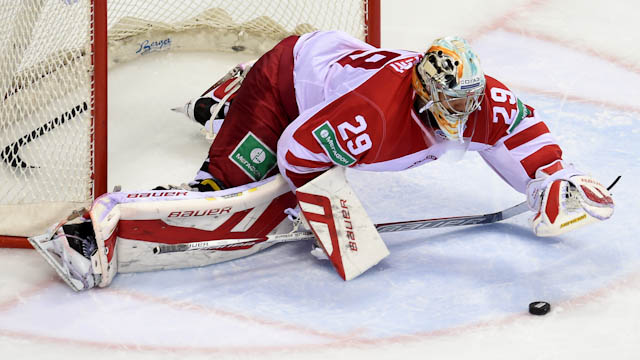