Salavat Yulaev wins the battle of the East. November 26 round-up

The big game in the Eastern Conference pitted old rivals Ak Bars and Salavat Yulaev against each other – but could not deliver a goal in 65 minutes of action.

There’s rarely much to choose between these teams and so it proved once again in a game where defenses had the edge for long period and clear cut chances were at a premium. In addition to watchful defending, both teams were backstopped by solid goaltending, with 33 saves from Salavat’s Vladimir Sokhatsky and 31 from Anders Nilsson of Ak Bars.

And the shut-out continued through overtime and the first stage of the shoot-out before Yegor Dubrovsky finally scored on Nilsson in the shoot-out. He got up a head of steam as he bore down on the Swede and beat the goalie on the top shelf to finally hit the back of the net. Justin Azevedo’s attempt was then saved by Sokhatsky to complete Salavat Yulaev’s narrow victory. 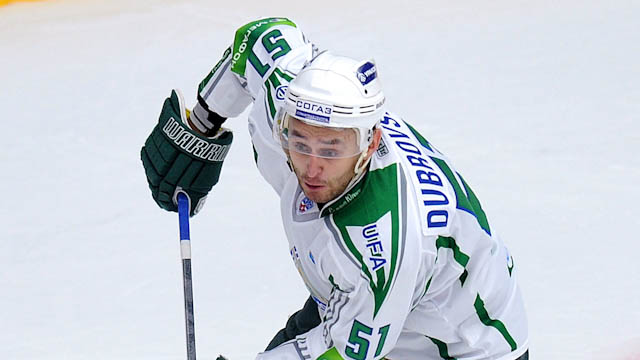 Avtomobilist withstood an Avangard fightback to claim a 5-2 win. Two goals from Gilbert Brule and one from Vitaly Popov put the home team 3-0 up at the halfway stage, but Avangard hit back through Alexander Popov and Denis Parshin to make it a one-goal game early in the third. Two late goals for Avto made the winning margin comfortable in the end. 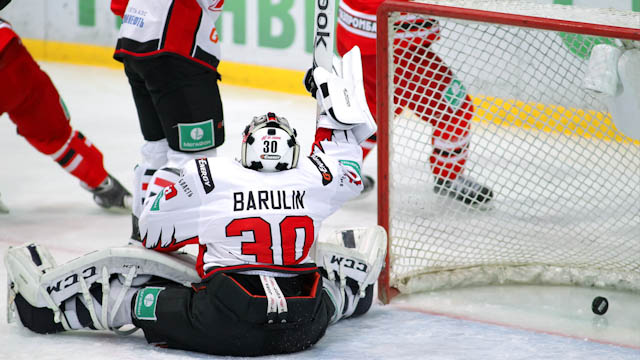 Two goals from Evgeny Lapenkov gave HC Sochi a 4-2 win at Atlant. The visitor led 2-0 and 3-1 but was still sweating on the result in the closing minutes with the score at 3-2 until Lapenkov scored again to confirm the win. 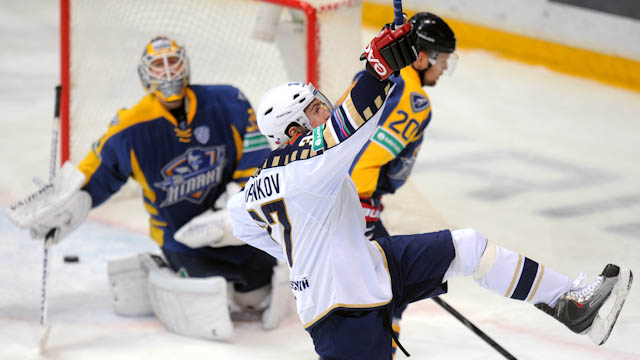