CSKA increased its lead at the top of the KHL table despite being taken to a shoot-out by Torpedo.

The teams tied 3-3 in regulation, with Wojtek Wolski (1+2) and Jarkko Immonen (1+1) leading the home scoring and Jan Mursak scoring two for CSKA.

CSKA negotiated a penalty on Chad Billins in overtime as the game went to a shoot-out. 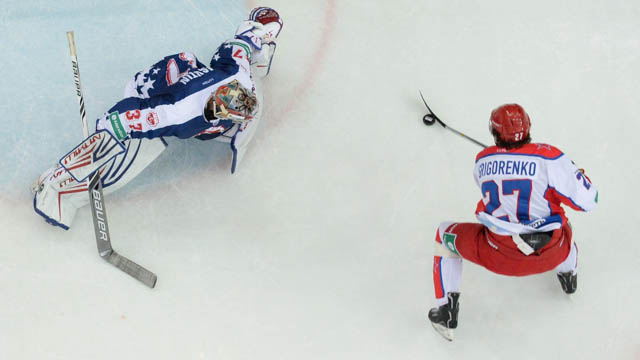 Debut derby delight for Shepelev
Sergei Shepelev enjoyed a successful debut behind the bench for Admiral, leading his new team to a 3-2 victory over Amur in the Far East derby.

The presence of a new figure at the helm of the Vladivostok club inspired the team to a powerful start: Admiral led 3-0 at the first intermission. First Andrei Sigaryov profited from a positional error on defense, then Niclas Bergfors deked his way past Alexei Murygin. A power play goal for Enver Lisin wrapped up a thoroughly satisfactory opening stanza for the new regime.

But Amur, encouraged by a large traveling support, would not go under so easily. Tommi Taimi reduced the deficit and Dmitry Lugin made it a one-goal game midway through the final session. It took all of Admiral resources to hang on and avenge its opening game defeat in Khabarovsk, leaving Shepelev to celebrate his first win in his new colors. 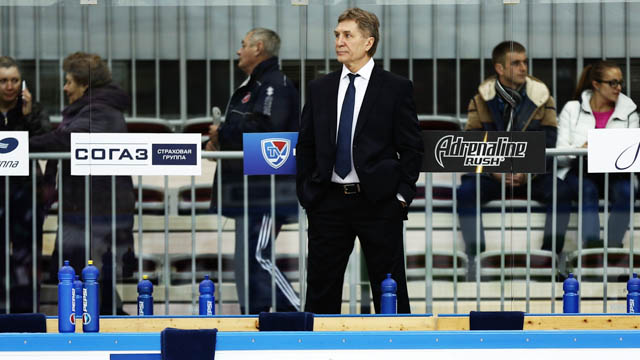 Sibir made it eight wins in a row with a comfortable 4-1 success at Metallurg Novokuznetsk. Sergei Shumakov and Dmitry Kugryshev put Sibir 2-0 up after two periods, and quick-fire goals from Jarno Koskiranta and Patrik Hersley completed the scoring in the third.

Two goals from Ryan Whitney helped HC Sochi to a 4-1 win over Ugra. The defenseman opened the scoring late in the first and got his second in the last second of the middle session. Andre Petersson’s power play goal in between kept Ugra off the pace; Igor Magogin got one back for the visitor in the third but Evgeny Lapenkov completed the scoring late on.