Kovi back on the mark. November 17 round-up

Ilya Kovalchuk got his first goal in eight games for SKA, helping the league leader recover to beat Dinamo Minsk.

Kovi got his team’s third – which proved to be the game-winner – to wrap up a burst of three goals in as many minutes and cancel out Alexander Materukhin’s opener for Dinamo. The SKA captain also had an assist on Jimmie Ericsson’s equalizer; the Swede’s one timer off Kovalchuk’s pass found its way in off the post and the back of goalie Lars Haugen.

Artemy Panarin put SKA ahead with a terrific shot in the 30th minute and barely 30 seconds later Kovi made it 3-1 off an Ericsson pass, again with help from the goalframe and the unfortunate Haugen.

Ryan Vesce pulled one back for Dinamo on the power play with five minutes to go, but there was no recovery from the Belarusians and SKA held on to take the points. 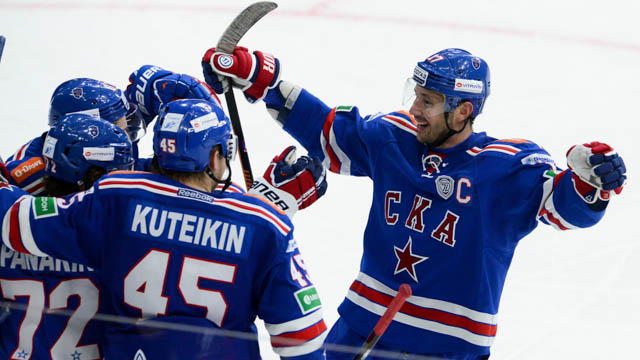 Two goals from Tim Stapleton lifted Neftekhimik to a 3-1 home win over Ugra. Ilari Melart put the visitor ahead early on but Teemu Eronen tied it up before Stapleton got to work.

Lada followed up last week’s win at Traktor with a 4-1 home success against the same opponent. The outcome was decided early in the second period when Denis Golubev and Alexander Streltsov scored in quick succession to add to Martin Zatovic’s first-period marker. 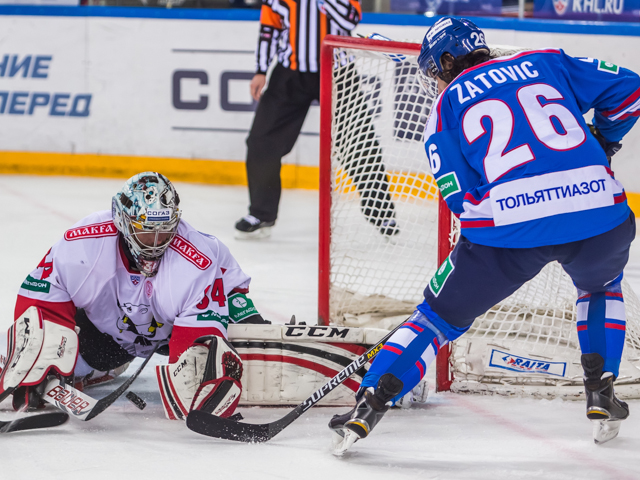