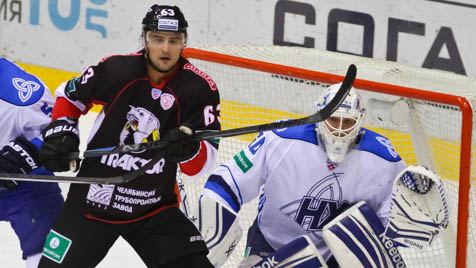 Traktor produced a quick turnaround early in the second period to overpower Neftekhimik and set up a 6-2 victory.

Neftekhimik had surprised the host with two goals late in the first period, Yegor Milovzorov and Dan Sexton finding the net in the last 90 seconds of that session.

But Traktor opened the middle stanza with a devastating salvo of its own: three goals in 105 seconds put the home team ahead. Dmitry Pestunov was the architect of two of them, Anton Glinkin, Martin Ruzicka and Andrei Popov found the net.

There was no let up for Neftekhimik: on 26:01 Konstantin Panov made it 4-2 and chased starting goalie Ville Kolpanen from the game. And before the end Stanislav Chistov added a goal and an assist, taking his personal tally to 1+2 and making the final score 6-2 to Traktor.