Neftekhimik snapped a five-game losing streak to hand Barry Brust an unhappy debut between the piping for Ugra. 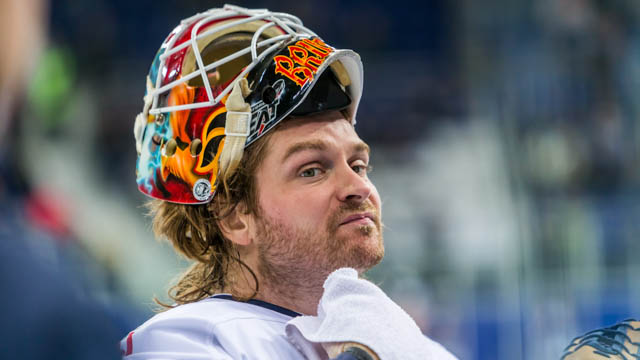 The visitor won 4-2 in Khanty-Mansisyk, and Brust was kept busy as his new team-mates allowed 37 shots on goal. Igor Polygalov gave Neftekhimik an early lead, but it was a frenetic second stanza that really saw the game take off. Both teams put 16 shots on the opposition’s net and Neftekhimik looked to be in complete control after Andrei Ivanov and Maxim Berezin stretched the lead to 3-0.

But in the final minutes of the session Ugra scored two inside a minute to keep the game alive going into the third. Vitaly Sitnikov and Artyom Bulyansky posted markers to reduce the deficit to 2-3.

Tim Stapleton’s one-timer off a Dan Sexton pass made it 4-2 early in the third, but Ugra had its chances to hit back. Dmitry Ryabykin hit the post and Neftekhimik survived a 5-on-3 power play which, for 30 seconds, was played a 6v3 as Brust was called to the bench in search of extra firepower. Sitnikov hit the frame of the goal once again late on, but there was no way back for Ugra.

In Thursday’s other game Lada won 1-0 at Traktor thanks to Denis Golubev’s 28th-minute goal. The forward scored on a counter-attack, profiting from a defenseman’s stumble before lifting the puck upstairs on Michael Garnett. At the other end Ilya Ezhov made 34 saves to secure the points for his team. 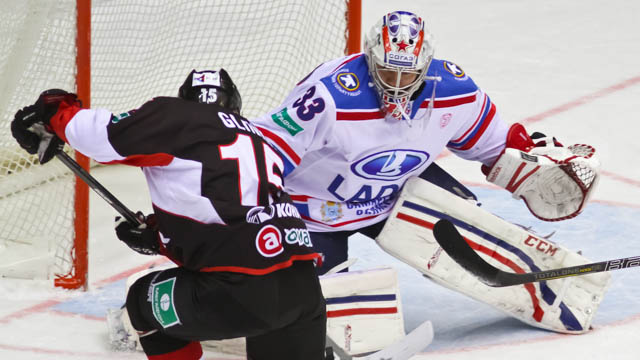