Salavat Yulaev got back to form and put a dent in HC Sochi’s recent revival with a 6-2 home win on Monday.

The visitors were the architects of their own downfall early on, when Rafael Akhmetov’s error presented Yegor Dubrovsky with a gilt-edged chance to open the scoring in the sixth minute. Alexei Kaigorodov got the first of his two goals on the night to put Salavat on top at the first intermission.

Two goals early in the second removed any questions about the outcome of this game: Kirill Koltsov struck on 24:02 and 90 seconds later another Akhmetov mistake was punished by Anton Slepyshev. 4-0, and neither Akhmetov nor goalie Tomas Popperle would play any further part in proceedings.

Eventually Sochi salvaged some pride, clawing back two goals in the final session, but it was a day to forget for the team from the Olympic city. 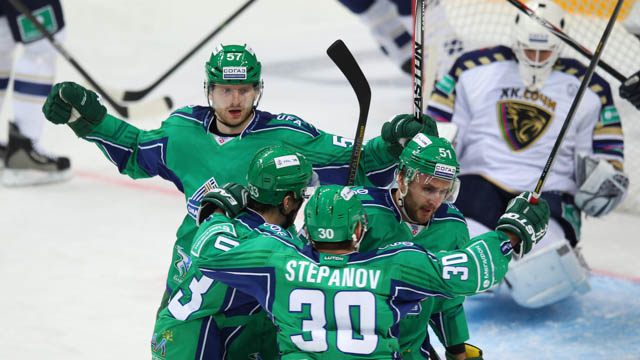 The game-winner was created by fine work from Dynamo’s Latvian duo. Martins Karsums played a neat reverse pass to Kaspars Daugavins, and the forward bore down on the net before dropping the puck off for Vishnevsky and concealing the angle of his team-mate’s shot on Ivan Lisutin.

Dynamo had enjoyed the bulk of the chances up to then, but encountered Lisutin in obdurate mood between the piping. 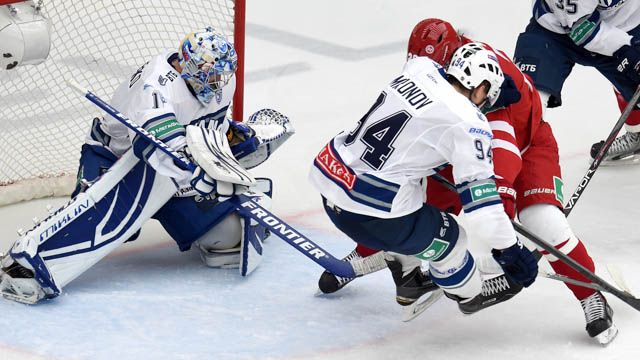