Barys and Admiral were the days top scorers, with both teams netting six in comfortable home wins.

Admiral beat Dinamo Minsk 6-3 after three goals in the final session snapped a 3-3 tie. Denis Kuzmin got the go-ahead goal just 13 seconds after the restart before Felix Schutz got his second of the evening and Niclas Bergfors completed the scoring. 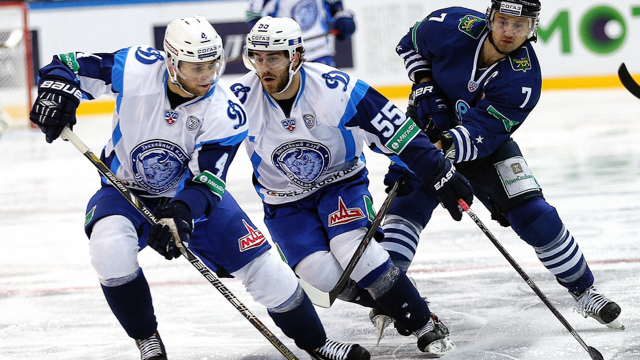 A few hours later Barys powered to a 6-1 success over Slovan. Roman Savchenko got the only goal of the first period, but the middle session proved decisive. Konstantin Pushkaryov and Kevin Dallman scored within 60 seconds of one another and even though Vaclav Nedorost pulled one back shortly afterwards, Konstantin Rudenko stretched the lead to 4-1 before the second intermission.

Medvescak win it with 10 seconds to spare
James Wright struck on 59:50 to give Medvescak a 3-2 win at Metallurg Novokuznetsk. Wright forced the puck home in a scramble on the crease after Shaone Morrisonn’s shot was blocked by Rafael Khakimov.

Medvescak had led twice earlier in the game but Andrew Hutchinson and Matt Anderson saw their second-period goals cancelled out by Sergei Dorofeyev and Kirill Kaprizov.

Around the league
Atlant goalie Dmitry Shikin posted his first ever KHL shut-out in a 2-0 win at Amur. Second-period goals from Konstantin Koltsov and Dmitry Korobov settled the outcome; Shikin made 31 saves. 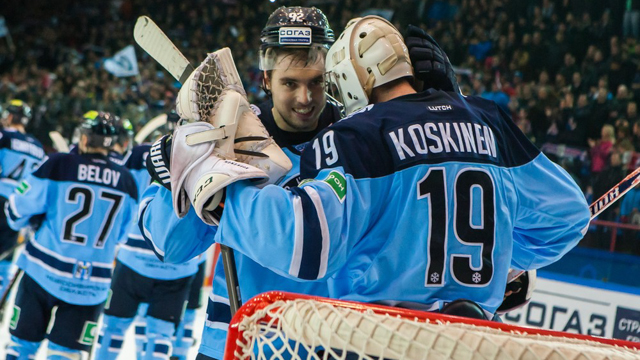