It was a good day for home teams as all four KHL games ended in victory for the hosts.

The biggest success came in Astana, where Barys beat Medvescak 4-1. It didn’t take long for the home team to seize the initiative – Kevin Dallman and Konstantin Pushkaryov made it 2-0 inside 8 minutes with a power play goal and a short-handed effort.

Nathan Perkovich pulled one back for Medvescak early in the second, but it was to little avail. Nigel Dawes struck almost immediately, and Brandon Bochenski wrapped it up in the third.

Amur also won in regulation, sinking Dinamo Minsk 4-2 thanks to a pair of goals deep in the second. Mikhail Fisenko and Marcel Hascak scored in quick succession to end the Belarusians’ resistance after the teams had traded four goals in the opening half-hour.

Two teams managed to pick up a point on their travels. Slovan, traveling to Sibir, went to a shoot-out in a game was dominated by goalies Mikko Koskinen and Jaroslav Janus. For 65 minutes they kept the forwards at bay, making 24 and 27 saves respectively, only for Jonas Enlund to give Sibir the win in a shoot-out. 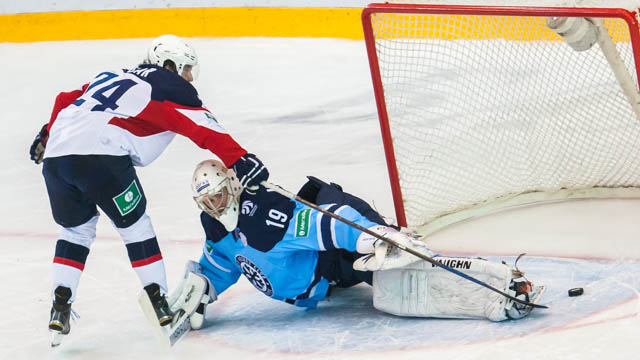 Atlant also went to overtime in Vladivostok but eventually succumbed 3-2 to Admiral. Konstantin Makarov snatched victory with just 21 seconds of overtime remaining to get November off to a winning start for the Far East team. Admiral has a further five home games to look forward to this month. 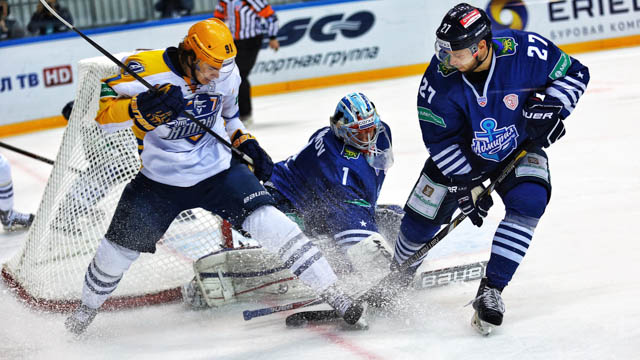