Torpedo’s Finnish contingent had a great day against CSKA, with Jarkko Immonen and Sakari Salminen leading the team to a 3-0 win.

Both players finished with 1+2 on the night in a game that pitted Torpedo head coach Peteris Skudra against his long-term colleague behind the bench, Dmitry Kvartalnov.

The pair are long-standing friends, but Torpedo was in no mood to hand out any favors on the night: Immonen opened the scoring in the 7th minute, but it was goalie Ivan Kasutin who really caught the eye in the first session with 13 saves as CSKA struggled to hit back quickly.

The middle stanza was more even in terms of chances created, but Kasutin continued to hold firm while Vadim Khomitsky and Salminen stretched the lead to 3-0. CSKA’s hopes of recovery were further hampered by an injury that kept Stephane da Costa off the ice for the latter half of the game. 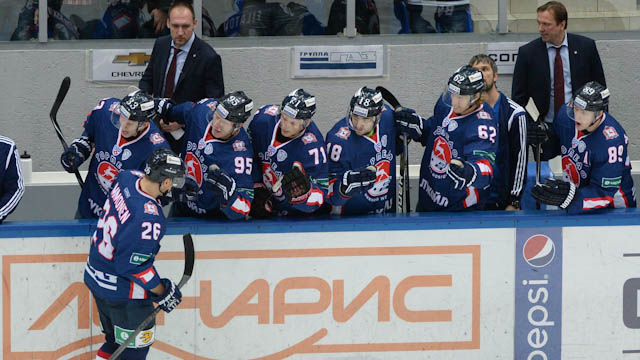 In the third period Alexander Radulov spent more than 12 minutes on the ice, making up for time lost to a misconduct penalty in the second. But this time not even the inspirational captain could save the team: Kasutin finished with 32 saves, CSKA with no goals.

In Thursday’s other game Sibir staged a second-period fight-back to win at Slovan.

The home team was leading 2-1 after 20 minutes, but Jonas Enlund and Dmitry Monya scored early in the second to turn the game around. The 3-2 victory ended a five-game losing streak for Sibir as well as snapping Slovan’s three-game winning run. 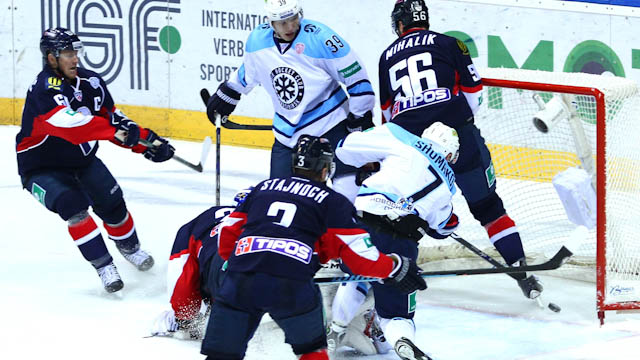