Andrei Nikolishin tasted victory in the first game of his coaching career, leading Traktor to a 2-1 win over Atlant.

The much-travelled forward, who began his career with Dynamo Moscow and went on to play more than 600 games in the NHL, took the reins of the club he used to captain following the departure of Karri Kivi earlier this week.

And he started with a come-from-behind win in Chelyabinsk. Artyom Chernov put Atlant in front late in the first period, but Konstantin Panov tied it up and Anton Glinkin got the winner. 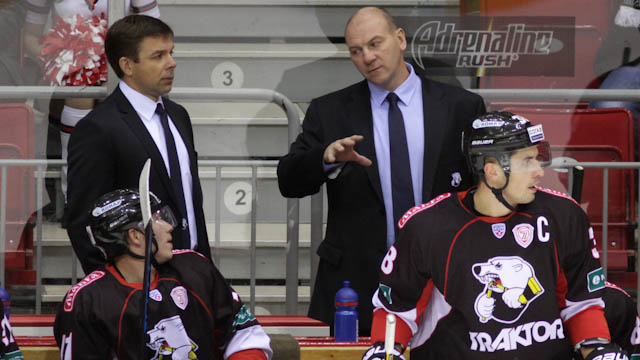 Neftekhimik loses lead, wins game
Neftekhimik gave up a 3-0 lead at home to Medvescak, but eventually took the verdict thanks to Tim Stapleton’s shoot-out winner.

Stapleton had scored earlier as the hosts raced into a strong position, but Bill Thomas and Pascal Pelletier reduced the arrears in the second period.

Then, with barely 40 seconds left, Mathieu Carle’s slap shot tied it up, salvaging one point for the Croatians.

Dinamo Minsk powered to a 6-2 win at Ugra. All the scoring came in the first two periods and Jonathan Cheechoo did most of the damage, scoring a hat-trick.

Milan Bartovic scored 2+1 and Ladislav Nagy had 1+2 as Slovan powered to a 6-3 win over Lada. The Slovaks finished their four-game road trip with three successive wins. 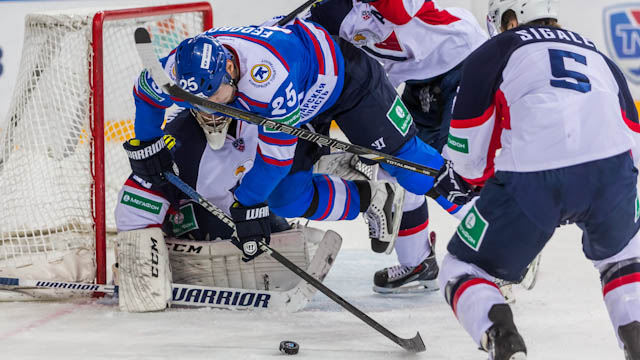