Matt Ellison scored twice to lead Dinamo Minsk to a 3-2 win at Traktor.

Ellison opened the scoring in the first period and Nick Bailen doubled the lead late in the second. However Traktor hit back to tie the game thanks to goals from Konstantin Panov and Anton Glinkin.

That prompted a Dinamo time-out, and within 45 seconds Ellison out-muscled Oleg Piganovich on the slot to poke home from close range and seal the points. 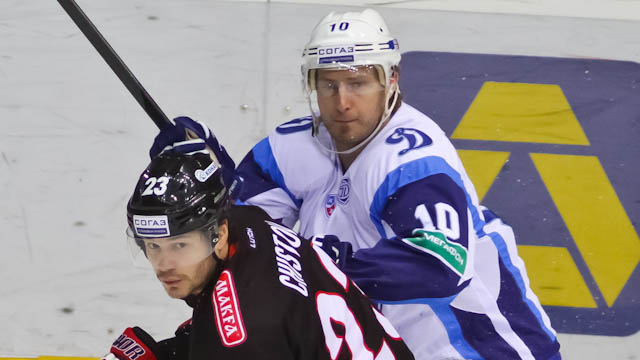 Atlant battles back
Ugra let slip a 2-0 lead to lose in a shoot-out against Atlant.

Nikita Gusev and Igor Magogin looked to have put the home team in command during the first period, but Artyom Chernov got one back midway through the second and Nikita Soshnikov tied it up early in the third.

There was no further scoring so the game went to a shoot-out where Igor Radulov and Maxim Mayorov both found the net to send the points back to Mytishchi.

Slovan eased to a 3-1 win at Neftekhimik thanks to a goal in each period from Vaclav Nedorost, Rok Ticar and Tomas Netik. Yaroslav Alshevsky got a shorthanded goal for the home team with 10 minutes to play but could not inspire a fight-back.

Dmitry Ogurtsov scored his first ever KHL goal to help Lada to a 2-1 win over Medvescak – and the defenseman opened his account with a beauty. A storming rush from the boards was followed by an ingenious wrist shot from an improbable angle to cancel out Bill Thomas’ opener. Yury Petrov got the game winner early in the second period. 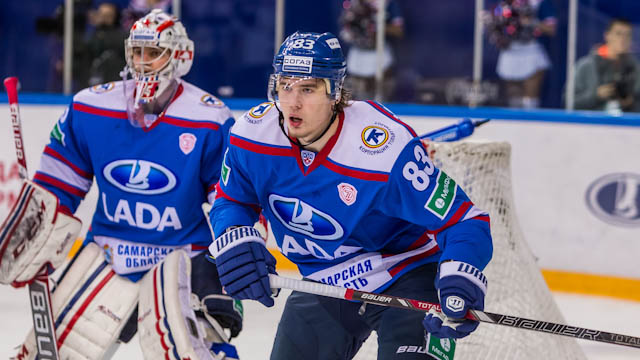