Medvescak on the march. October 20 round-up

Medvescak made it three wins in a row thanks to a 4-2 success at Traktor, with the Zagreb team showing renewed confidence under the guidance of recently appointed head coach Dough Shedden.

After a scoreless opening session in Chelyabinsk, Medvescak seized the initiative early in the second. Matt Anderson opened the scoring off a Ville Leino pass, and just 12 seconds later the pair combined again with Anderson getting an assist on Leino’s first ever KHL goal.

Brock Trotter soon made it 3-0 and Traktor was reeling, but a penalty on Andrew Murray gave Stanislav Chistov the chance to close the gap on the power play.

However, there was to be no recovery: Martin St. Pierre made it 4-1 and Artyom Penkovsky’s late goal was memorable as the young Traktor forward opened his KHL account but had little bearing on the final outcome. 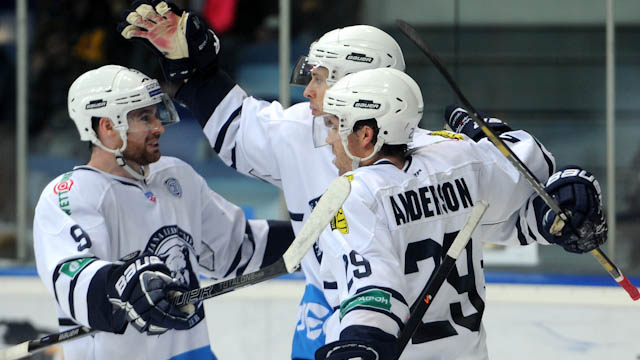 Nagy too good for Ugra
Ladislav Nagy was the star of Slovan’s shoot-out win at Ugra. After posting 1+2 in a 3-3 tie he delivered the knock-out blow post game to give the Slovaks the points.

Ugra, however, will feel aggrieved that it didn’t win this one on home ice. After Nagy gave Slovan an early lead Ben Maxwell and Alexei Pepelyayev sent Dmitry Yushkevich’s team into the first intermission with a 2-1 lead.

Nikita Gusev extended that advantage in the second, but within a minute Nagy helped Ziga Jeglic reduce the deficit. Then in the third period a clever pass from behind the goal saw Nagy find Vladimir Mihalik to tie it up and take us to overtime.

Atlant left it late to secure a 3-2 win at Neftekhimik. Andreas Engqvist got the decisive goal on 59:03 to settle a game in which Neftekhimik twice hit back after Atlant took the lead.

Dinamo Minsk had little difficulty in overcoming Lada in Togliatti. Alexander Kulakov opened the scoring after just 80 seconds and Jonathan Cheechoo doubled the lead midway through the first period. Matt Ellison made it 3-0 in the third before Denis Barantsev’s power play goal denied Lars Haugen a shut-out. 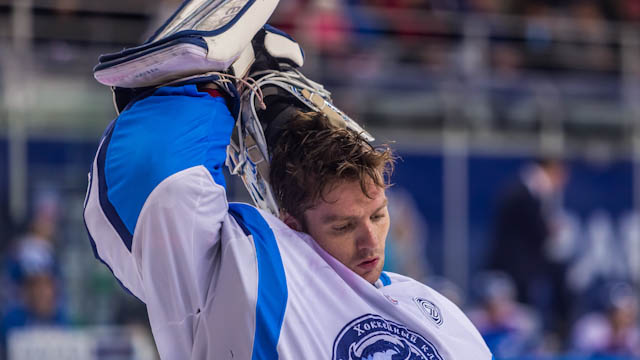