A day after the top two in the West went head-to-head in a high-scoring battle, the biggest beasts of the East assembled for battle in Magnitogorsk.

But Metallurg and Ak Bars produced a very different kind of game, with clear-cut chances at a premium. Both sides were happy to shoot on sight, and peppered the goalies with shots from middle distance and long range, but neither found a way to really slice apart the other’s defense.

Ak Bars took the lead in the 44th minute when Igor Mirnov swatted home the rebound after Sergei Kostitsyn’s shot looped up off Vasily Koshechkin.

But Magnitka tied it up in the 58th minute through Evgeny Biryukov and, after a fine save from Koshechkin denied Ak Bars deep into over time, Danis Zaripov settled the outcome in the shoot-out. 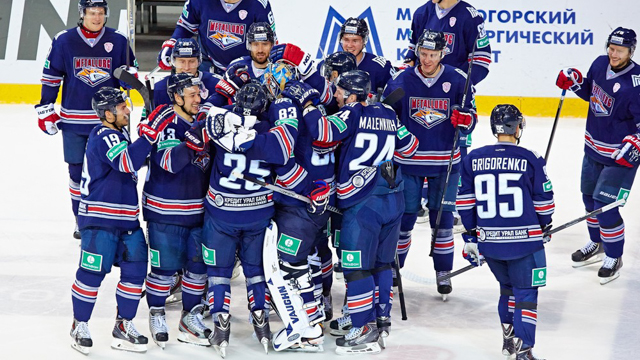 Avangard returns to form
Avangard shrugged off its recent troubles to smash Salavat Yulaev 6-2 in Ufa and regain the leadership of the Chernyshev division.

Tom Wandell and Evgeny Mozer both scored twice – Wandell getting his first of the season – to lead the charge, while Salavat struggled to maintain a foothold in the game.

Home hopes were effectively dashed in the 25th minute: no sooner did Kirill Koltsov make it 2-3 than Wandell scored within 12 seconds to keep Avangard out of reach. 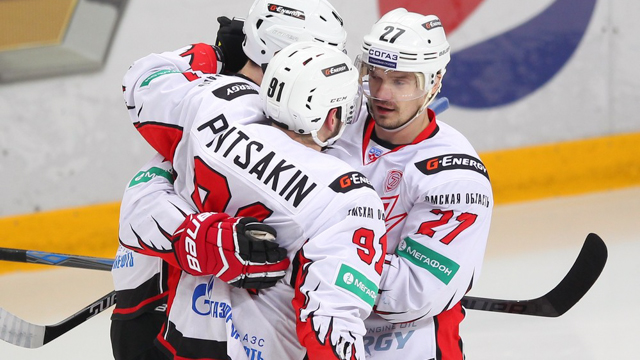 No winning start for Rautakorpi
Both Amur and HC Sochi were in the headlines due to hirings and firings this week – but it was the latter which ended in better fashion.

A 2-0 win in Khabarovsk put a dampener on Jukka Rautakorpi’s debut as Amur head coach following Yury Leonov’s dismissal, and suggested that the Sochi club has got a boost from news of the imminent arrival of Olympic silver medallist Ryan Whitney.

Tomas Popperle made 32 saves for his shut-out, including one from debutant Anton Malyovany’s penalty shot. At the other end goals from Andrei Pervyshin and Oleg Saprykin in the last two minutes of the game snatched the points for Sochi.

Kevin Dallman’s early power play effort put the visitors ahead but after that it was all about Moses. His pass presented Petr Koukal with the equalizer in the 11th minute, then he tipped home Linus Omark’s high pass to put the Finns in front midway through the second.

The American got his second off another Omark assist, taking his season’s tally to 22 point from 19 games and lifting him to 7+5 in his last five outings.

Barys briefly threatened after Nigel Dawes pulled a goal back following a defensive error, but Eetu Poysti got an empty-netter to secure Jokerit’s win.

Around the league
Two goals from Denis Mosalyov paced Dynamo Moscow to a 4-1 win at Admiral Khabarovsk. Mosalyov’s 10th-minute opener was cancelled out by former Dynamo forward Richard Gynge, but he reinstated his team’s lead in the 35th minute. 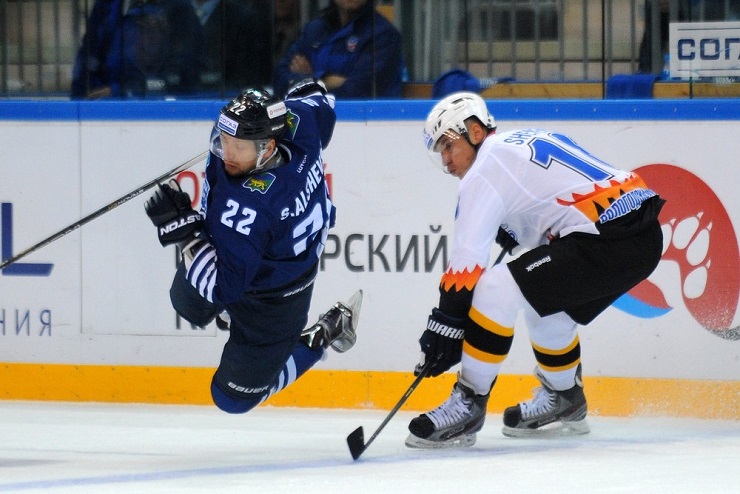 Vityaz hit three third period goals to down Metallurg Novokuznetsk 5-2 in Siberia. Maxim Afinogenov got the game winner two minutes into the final session, capitalizing on a defensive error to snap a 2-2 tie.

Lokomotiv steamed to a 4-1 win at Sibir. The visitor opened up a 4-0 lead in the first two period, with Yegor Averin scoring 1+1 and Daniil Apalkov 0+2. Viktor Bobrov’s late goal did little to help Sibir, while Sergei Konkov’s expulsion for a high hit in the closing seconds was the only sour note for Loko.