The Army derby in St. Petersburg pitted the top two teams in the Western Conference together – and the summit clash did not disappoint as SKA edged CSKA 4-3.

In a game rich in subtexts, Vyacheslav Bykov faced his former club for the first time as SKA chief, while team Russia stars Ilya Kovalchuk and Alexander Radulov went head-to-head in an eager-awaiting confrontation.

Both of them made a huge contribution, but surprisingly neither played a role in SKA’s winner, scored with little over seven minutes to play.

Instead Artemy Panarin got the decisive strike, a goal worthy of winning any game. He collected Alexander Kadeikin’s defense-splitting past, held off Nikita Zaitsev’s attention and launched an unstoppable wrist shot that beat Stanislav Galimov on the top shelf. 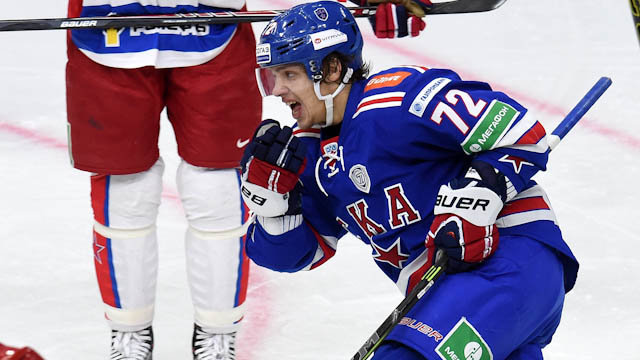 It was the first time SKA had gone ahead on the night, and the first goal scored without a Kovalchuk contribution. The KHL’s leading point scorer added 2+1 to his tally to help his team recover from 1-3.

CSKA struck after just 39 seconds through Igor Grigorenko, but SKA responded with a power play goal from Andrei Kuteikin. That prompted an angry response from Radulov, who raged at the officials so long that he earned himself a 10-minute penalty and continued to loudly bewail his fate in the sin bin. 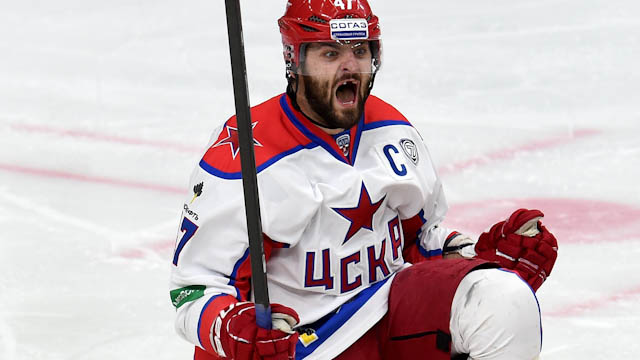 But once he had chance to calm down the forward returned to the ice with devastating effect. His penalty was barely over when he put CSKA 2-1 ahead after having all the time in the world to convert the rebound from a Denis Denisov shot. Then a minute later he claimed an assist on Denisov’s blue-liner as the visitor gained some breathing space.

Kovalchuk fluffed his first chance to reply, outsmarted by Galimov on a penalty shot, but he mend amends with his next opportunity, demonstrating how to play on the slot as he forced the puck into the net at the third attempt. And SKA’s captain found a clinical finish to tie it up at 3-3 before the second intermission. 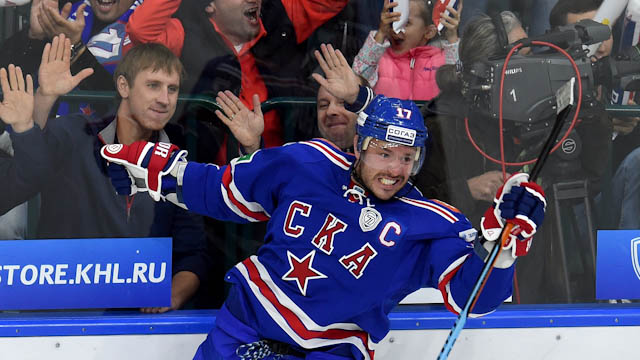 In Thursday’s other game Marek Kvapil turned defeat into victory for Severstal at Torpedo. The Czech forward tied the game at 2-2 on 59:18 before getting the decisive goal in the shoot-out.