Jokerit’s convincing win over Dinamo Riga largely belonged to Steve Moses who posted 2+2 to help his team to a 5-2 win and condemn Dinamo to its sixth defeat in seven games in October.

Moses saved the best for last, completing the scoring on the power play with a characteristic rush on the net and a wrist shot that gave Edgars Masalskis no chance. 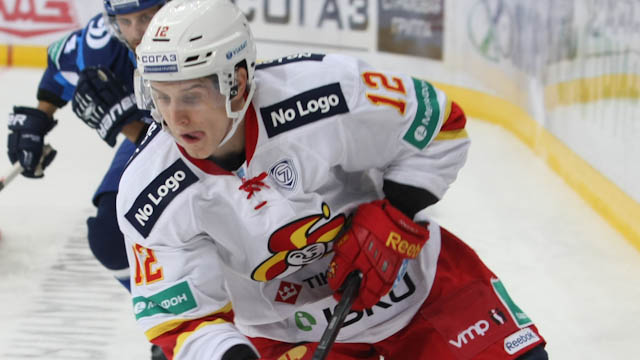 It wasn’t quite the last word on the game – Dinamo got its second short-handed goal of the night through Maris Bicevskis – but it set the seal on another impressive Jokerit display.

When the teams met at the end of the September Dinamo was left cursing its luck after a last-minute goal gave the Finns a barely-deserved 3-2 verdict.

But in round two there was no doubt about the outcome as Jokerit raced into a commanding lead. Eetu Poysti tipped home a Riku Hahl shot to open the scoring early on. Then Moses got to work, picking up his first assist as Linus Omark converted Jokerit’s first power play in the 10th minute.

Midway through the second those combined to create another power play effort, this time for Petr Koukal before Moses found the net himself to make it 4-0 before the second intermission.

Traktor edged out Lada 3-4 in Togliatti. The teams traded goals until the 34th minute when Kyle Wilson got the game-winner for the Chelyabinsk team. 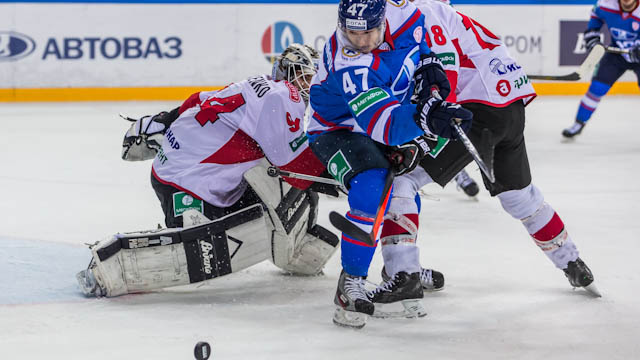 It was a similar scoreline in Nizhnekamsk, where Ugra beat Neftekhimik in overtime after a 3-3 tie. The key action was much later here, though: Ugra’s Igor Magogin tied this one up in the last second, frustrating Neftekhimik’s recovery from 0-2 down.