CSKA dominated much of the game at home to Vityaz, but found it tough to break down a stubborn opponent.

The scoresheet remained blank until the 36th minute before Alexander Radulov’s shot rebounded on to Igor Grigorenko’s stick and the forward found the unguarded corner of Harri Sateri’s net.

Vityaz came close to tying it up early in the third, but Maxim Afinogenov failed with a penalty shot right after the intermission. Later Kevin Lalande pulled off a good save to deny Dmitry Shitikov midway through the session to preserve his team’s 1-0 lead. 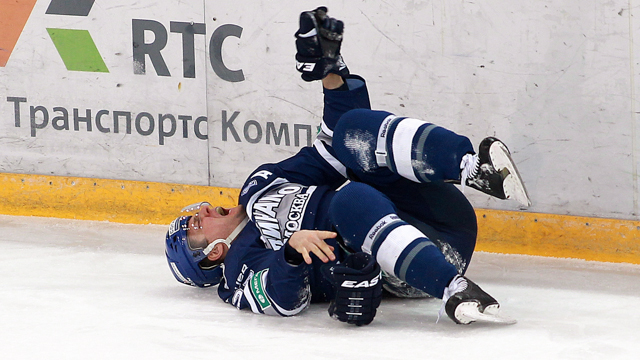 His 48th-minute strike, wrapping up a fine move from Magnitka’s top line, was the first time Ugra had trailed in the game and completed a recovery from 2-4 behind as the Eastern Conference leader remained out in front.

Earlier Andrei Sergeyev had led the way for Ugra, posting 1+2 as he team pushed Metallurg all the way.

Svitov scores, reaches unwanted milestone
Alexander Svitov sat out his 1,000th penalty minute during Ak Bars’ 3-0 win at home to Traktor, but returned to the game to score the opening goal.

Svitov’s penalty haul was confirmed in the sixth minute when he was called for hooking, but Traktor could not take advantage. The forward’s next big contribution was far more satisfying, deflecting Yakov Rylov’s shot past Vasily Demchenko to give Ak Bars the lead.

Struggling Traktor never really recovered from that blow; Ilya Nikulin fired in a trademark power play goal from the blue line early in the second and Sergei Kostitsyn made it three early in the third. Anders Nilsson had 19 saves for his shut-out. 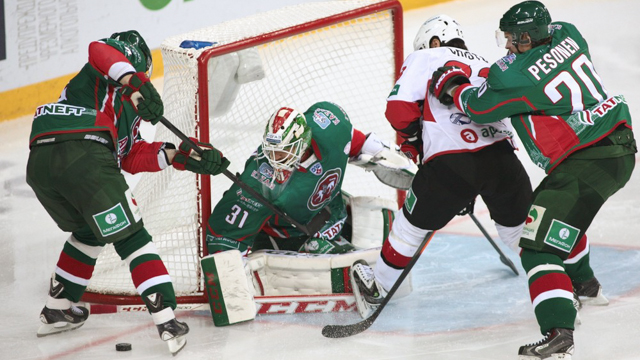 Around the league
Avtomobilist dispatched Admiral 5-1, with the key action coming in a helter-skelter four-minute burst in the first period. Sami Lepisto put Avto ahead in the 14th minute and even though Niclas Bergfors leveled a minute later, Jakub Petruzalek and Andrei Antonov scored in quick succession to put the home team in control. 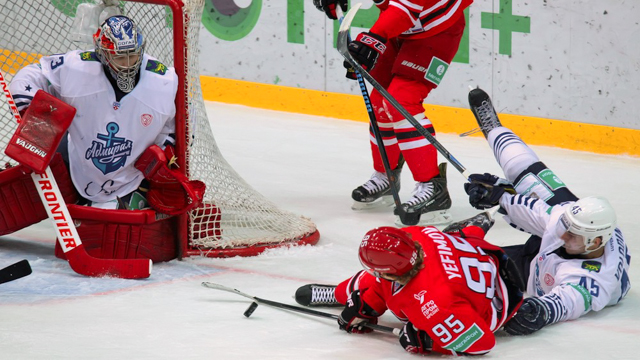 Jiri Hunkes scored twice as Lada continued its recent improvement with a comfortable 4-1 win at Neftekhimik. Neftekhimik slips to second bottom of the Eastern Conference.