Two goals in the second period proved sufficient to take Jokerit past Atlant in Mytishchi.

Linus Omark scored off a Steve Moses pass before Tommi Huhtala stretched the Finns’ lead to 3-1. Moses scored Jokerit’s first goal in the 13th minute; strikes from Andrei Taratukhin and Artyom Chernov weren’t enough for Atlant, which went down to a second home defeat against the Helsinki team. 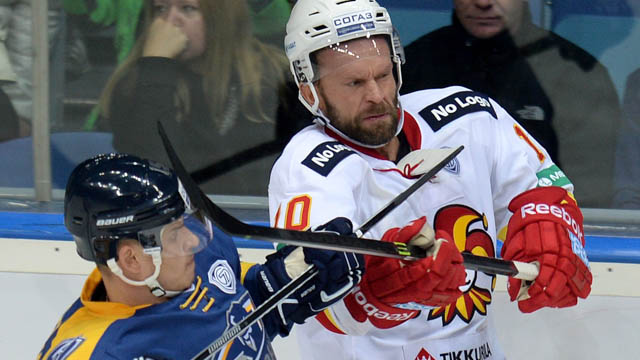 SKA trio leads the scoring charts
SKA opened up a three-point gap at the top of the table thanks to a 5-2 home win over Medvescak.

But despite the comfortable margin of victory, this was a live game until late on – Medvescak kept to within a goal of its high-flying opponent for much of the game and SKA only made the win safe in the closing minutes.

Bill Thomas pulled it back to 3-2 with just over 10 to play, but Ilya Kablukov and an empty-netter from Tony Martensson secured the points for SKA. Martensson finished with 1+1 while Vadim Shipachyov, Artemy Panarin and Ilya Kovalchuk moved to the top of the point-scoring chart – a goal for Shipachyov and an assist each for his teammates lifted all three to 22 points for the season so far.

Both his goals came in the second session, sandwiching a consolation effort from Gunars Skvortsovs. Tomas Netik and Milan Bartovic posted 1+1 to complete Slovan’s scoring on the night. 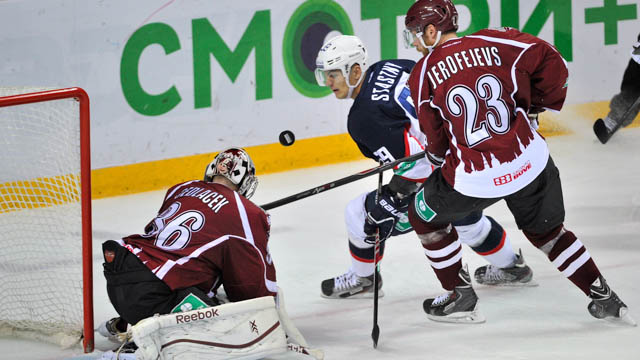