Yury Trubachyov of Severstal was the first to show, scoring twice in the space of eight seconds in the first period of the game at Metallurg Novokuznetsk. That set his team on its way to a 7-3 and condemned Metallurg to yet another heavy home defeat.

But his feat was trumped a few minutes later in Novosibirsk, where Torpedo’s Polish forward Wojtek Wolski blasted a hat-trick in just 106 seconds. He struck at the start of the second period, chasing starting goalie Mikko Koskinen from the game and wiping out Konstantin Alexeyev’s opener for Sibir. This game was closer, but Torpedo held on for a 3-2 win. 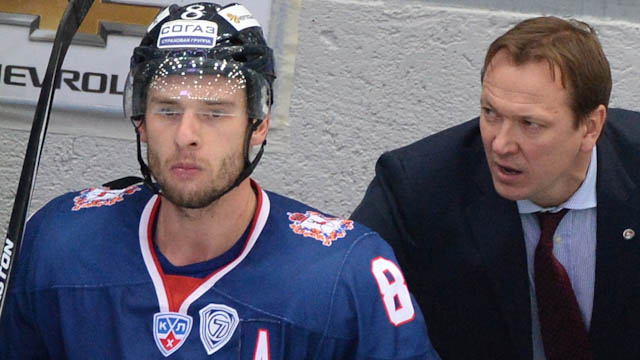 Army clubs march on
CSKA briefly climbed to the top of the KHL table with a 2-1 victory at Amur, while forward Stephane da Costa moved to equal second in the goalscoring charts with his 11th and 12th strikes of the season.

But the Moscow team’s army comrades SKA quickly matched that 39-point tally after a convincing 7-2 home win over Slovan.

In Khabarovsk all the goals came in the first period: da Costa opened the scoring in the ninth minute and doubled the lead on a power play soon after. Sergei Peretyagin got one back on 17:12, but Amur could not find a way to tie the game. CSKA’s defense was in uncompromising mood, allowing just two shots on Stanislav Galimov’s goal in the third period and controlling the puck so effectively that Amur was unable to recall its goalie until there were just three seconds left to play.

CSKA rounded off its four-game tour to the Far East with its fourth win on the road and 10th in succession to move to 39 points from 14 games. Amur, meanwhile, slipped to its sixth straight loss.

SKA took a little longer to break down Slovan. Artemy Panarin opened the scoring in the 17th minute and Tony Martensson increased the lead early in the second, but an error from Jimmie Ericsson helped Michal Vondrka hit back quickly. Panarin’s second gave SKA breathing space, though and he completed his hat-trick as Roman Cervenka bagged a double in the final session. 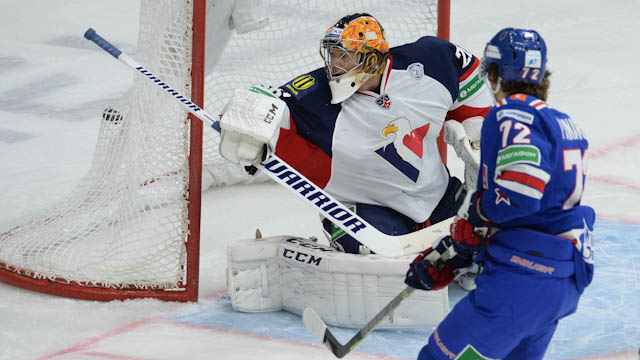 Medvescak wins without Weber
Medvescak held off a Jokerit rally in the third to claim a rare victory. The Zagreb club, which parted company with head coach Chuck Weber at the weekend, edged a 3-2 verdict in Helsinki but lived dangerously in the closing seconds.

Goalie Barry Brust pulled off a huge save from Juhamatti Aaltonen with three minutes to play, denying the forward an equalizer and ending his run of 13 successive point-scoring appearances. His creative role was taken over by Linus Omark, who had two assists including a beauty to present Niko Kapanen with an empty net late in the second.

By then, though, Medvescak had got well on top. Matt Anderson scored on a first-period power play and Martin St. Pierre and Brandon Segal stretched the advantage in the second.

Lada stepping up a gear
After a slow start to the season KHL newcomer Lada is steadily getting its game together. Monday’s 3-1 home win over Avangard was its third in a row and adds another notable scalp after the victory over Metallurg Magnitogorsk last week.

Martin Zatovic was the hero, scoring twice to double his tally for the season and take the game away from the Omsk team after Denis Golubev set Lada on its way in the second minute. Denis Kulyash pulled on back but it was to no avail. 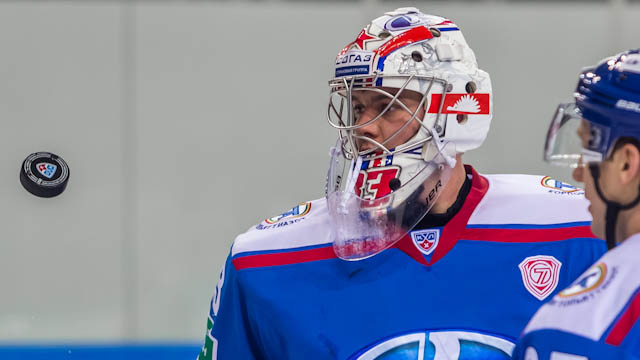 Second period goals from Teemu Hartikainen and Ivan Vishnevsky set Salavat Yulaev on the way to a 2-1 win at Ugra. Nikita Gusev pulled one back in the third, but it wasn’t enough as Leland Irving made 37 saves for the win.

Neftekhimik and Barys played out a 4-4 tie before Roman Starchenko won it for the Kazakhs in a shoot-out. Dustin Boyd and Brandon Bochenski struck early in the third to haul Barys level after the hosts opened up a 4-2 advantage.

Dinamo Minsk produced a dominant display in the third period to clinch a 3-1 verdict at Dinamo Riga. The Belarusians led the shot count 16-4 and got the winner through Arturs Gavrus before Paul Szczechura wrapped it up with an empty-netter. 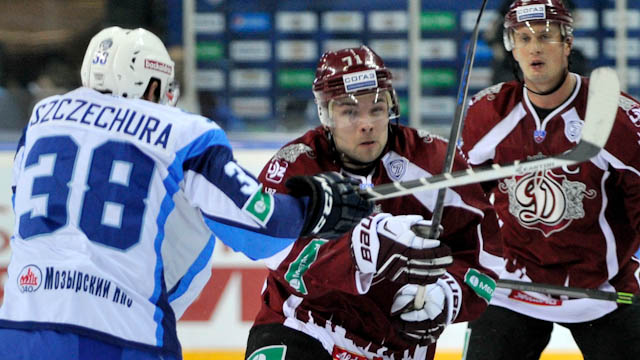