Atlant made it unlucky 13 for SKA, holding on for a 4-3 victory to end the Army Men’s victorious march at the start of the season.

But despite dominating much of the game Alexei Kudashov’s team was left hanging on desperately to claim an unexpected and valuable win as SKA battled back strongly from 0-4 to come close to forcing overtime.

Atlant got off to the perfect start when Artyom Chernov opened the scoring after just 34 seconds, but it was in the middle session that the home team really took control. Mikhail Glukhov converted a penalty shot just before midway to make it 2-0 and Matthew Gilroy orchestrated a counter-attack for Nikita Soshnikov to make it 3-0.

When Maxim Potapov stretched that lead to four seconds into the closing stanza it looked as if SKA’s proud unbeaten start to the season would be surrendered with barely a whimper – but belately the league leader stirred itself.

Two goals in 30 seconds from Dmitry Yudin and Ilya Kovalchuk startled the hosts and they called a time-out to try to regain some much-needed composure. But Patrick Thoresen made it 4-3 with a power play goal and there were still almost 10 minutes left for SKA to find an equalizer.

The shots rained in – SKA outshot Atlant 19-3 in the third – but Atte Engren held firm to secure a memorable win and prove that SKA can indeed be defeated. 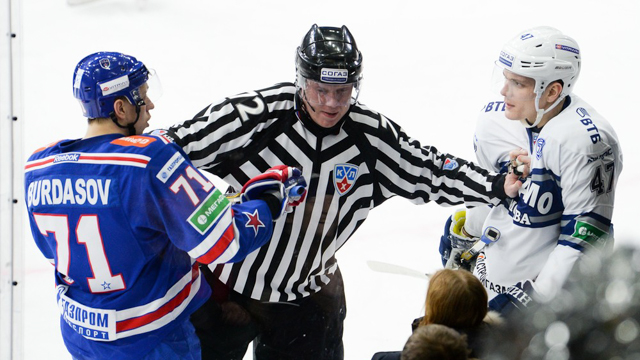 Jokerit’s revenge mission accomplished
Jokerit avenged its defeat in its first ever KHL game with a 3-2 win at Dinamo Minsk. The Finns got all their goals in the first period, with Niko Kapanen scoring two of them and Juhamatti Aaltonen claiming another assist to stretch his productive run to 13 games from the start of the season.

Dinamo was always in contention, but after Ryan Vesce pulled it back to 2-3 around the halfway point the Belarusians couldn’t find another way past Henrik Karlsson in the Jokerit goal. 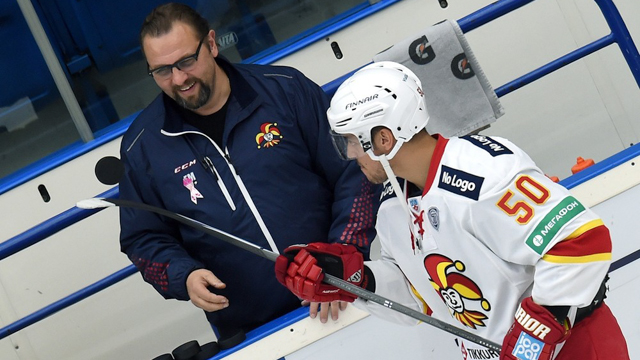 Medvescak downs Dinamo
Both Medvescak and Dinamo Riga have made slow starts to the season, but the Zagreb team will be hoping that a win over its Latvian rival can kickstart its campaign.

Nathan Perkovich gave Medvescak the lead midway through the first period and Mark Flood doubled the advantage on the power play in the second. But Dinamo hit back with a well-worked counter attack finished off by Gints Meija.

In the third period the teams traded quick goals through Bill Thomas and Maris Bicevskis but Dinamo’s pressing in the closing stages could not spare it from a 3-2 defeat.