The game in Yaroslavl brought together two teams finding life tough at the start of the season – albeit for rather different reasons.

While HC Sochi’s problems stem in no small part from a combination of an intimidating fixture list and the pressures of assembling a KHL team from scratch, Loko’s early-season slump came as something of a surprise after last season’s impressive run to the Conference finals.

That struggle cost Sean Simpson his job: the former coach of the Swiss national team lasted just nine games in his new job and, more pertinently, won just three of them.

With talk of Dave King returning to the club, Loko put those problems behind it on Monday with a 4-1 victory at home to Sochi. Admittedly it didn’t go smoothly from the start; the visitor scored on its first power play, Nikita Shchitov dismaying the home crowd with a shot from the blue line.

But once Yegor Averin tied it up early in the second there was no doubt about the outcome of this one. Geoff Platt emulated Shchitov with a power play goal from the blue line to put Lokomotiv ahead and Averin’s second of the game ensured there was a very different atmosphere around Arena-2000 by the second intermission. Sochi’s problem this season has generally been getting pucks to the opponent’s net and that continued here; there was no real charge in the final session and Martin Thornberg completed the scoring in the last minute. 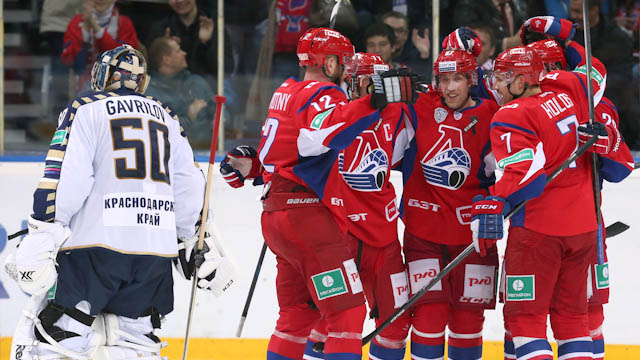 The visitor had led twice and proved to be one of the most obdurate opponents at the Hartwall Arena so far and Jokerit had Riku Helenius to thank for keeping them in a game where Dinamo had 38 shots on goal. Only Miks Indrasis and Gints Meija found a way past the goalie, though: at times he was left playing without stick or glove but still managed to keep Riga at bay.

Jokerit meanwhile struggled to get its offense going for long periods, but strikes from Niklas Hagman and Oskari Korpikari kept the game tight until Jaakola’s last-gasp intervention.

SKA maintained its perfect start to the season with victory at Medvescak despite giving up an early goal. The Petersburg team recovered strongly to win 5-1 with Tony Martensson scoring twice. Vadim Shipachyov, Patrick Thoresen and Evgeny Dadonov also found the net as SKA made it 11 wins out of 11.

Tomas Netik got a shoot-out winner for Slovan after a 2-2 tie with Dinamo Minsk in Bratislava. Artur Gavrus scored for the visitor with 10 minutes left to take the game into overtime. 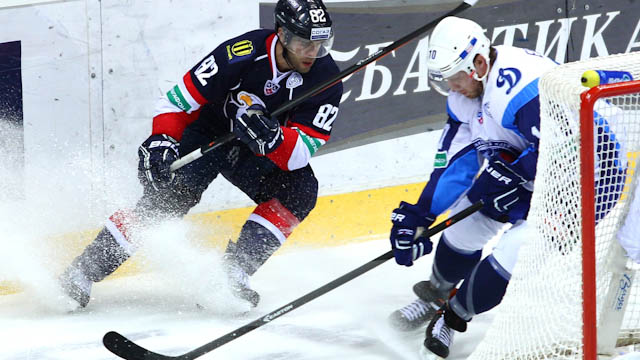